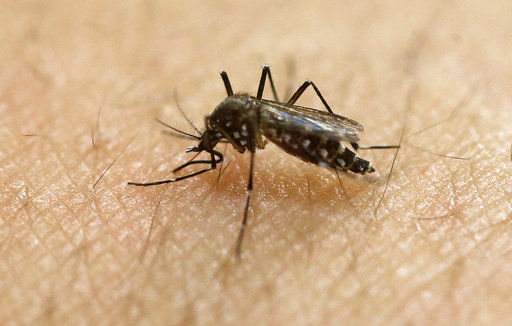 Hidalgo County has activated its vector control taskforce in an effort to combat the growing mosquito population resulting from Hurricane Hanna saturating the region with nearly 2 feet of rainfall, creating the perfect breeding grounds for the pesky insect.

“We just had over 20-inches of rain in the county, so it’s going to be bad,” said Eddie Olivarez, the chief administrator of Hidalgo County’s Health and Human Services Department. “I think the major thing here is that this was a Category 1 hurricane that was a direct hit to Cameron and Hidalgo County. We got the biggest impact.”

This is the third consecutive year the county has experienced major rain events, including what the National Weather Service dubbed the Great June Floods of 2018 and 2019, and now Hanna. Olivarez said that there is still dewatering taking place throughout the county, and with more rain expected this weekend the mosquito problem could be around for the next month.

In response, the county has begun working together with local municipalities through its vector control taskforce to reduce the threat of Zika, Dengue, West Nile, and other mosquito-borne illnesses.

“We’re coordinating with each of the municipalities in the cities,” Olivarez said. “We’re working with the drainage districts and each of the precincts.”

Among the coordinated efforts are larviciding — in which larvicide tablets are dropped in standing water to kill mosquito larvae — and the use of deltacide or fumigating.

In order to meet all the conditions required for fumigation to be most effective, the county has to spray as early as 3 a.m.

“That’s when the wind is the calmest,” Olivarez said. “There’s a lot of mosquito activity at that time. The deltacide actually has to come into contact with the mosquito. It needs to touch the mosquito in order to kill it. The other thing is that the trucks drive very slowly, like 8 miles an hour. At 3 in the morning there’s no traffic, so we’re able to drive around these areas without having to worry about traffic.”

While the county and local municipalities are making efforts to combat the mosquito population, Olivarez said that the public must also do their part.

Olivarez also emphasized the importance of making sure that window screens and door screens are repaired in order to prevent mosquitoes from entering homes.

“If everybody does that and works together as a community, we should be able to deal with the mosquito problem now.”