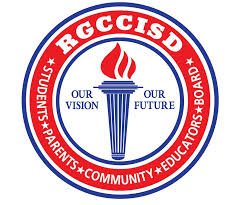 The pistol was not loaded or brandished and was not used in any threatening manner at any point, according to a statement released Saturday afternoon via the Rio Grande City CISD Facebook page by superintendent Adolfo Peña Jr. and the school board.

According to the statement, the students were detained immediately after the .22 pistol was reported to school district police and administration.

A complete lockdown was not conducted due to the time of the incident occurring after school hours, the district stated.

Upon their release, the students will face school district disciplinary measures in accordance with the student code of conduct, the district stated.

“RGCGISD does not take this law violation lightly,” the statement read. “At the direction and guidance of our Superintendent of Schools and our School Board of Trustees, RGCGISD will always remain vigilant and proactive when it comes to the safety of our children and school personnel.”

The district went on to credit school district police and school administration “for their prompt and swift actions in assessing and gaining control of the situation,” and asked students and parents to “remain aware of these incidents and report any activity involving weapons” to district police, faculty and parents.