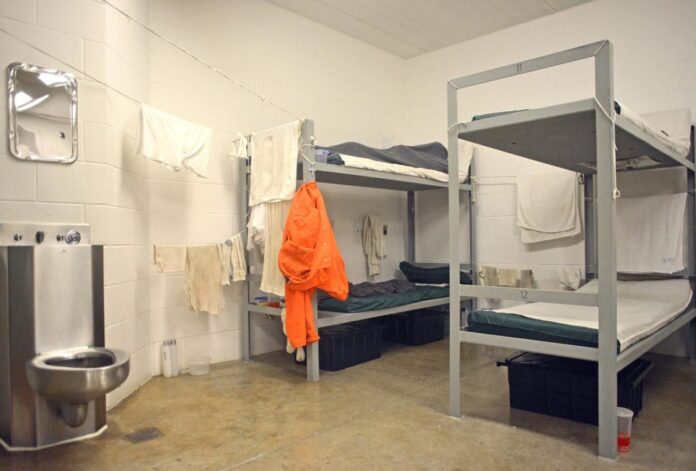 A series of infirmary requests sent by 77-year-old inmate Cresenciano Oliva at the Carrizales-Rucker Detention Center in the month leading up to his death from complications of COVID-19 indicate that he was having difficulty breathing several days prior to his hospitalization.

Documents submitted to the facility’s infirmary beginning July 10, substantiate claims made by Oliva’s former cell mate that others in the block finally got the facility’s nurse to check on Oliva on July 24 when he didn’t get out of bed.

The 10 documents obtained through a public information act request date back to Feb. 24, roughly a month after Oliva was booked into the jail while awaiting a new trial. They are signed by Licensed Vocational Nurse (LVN) J. Trevino.

Oliva submitted his first request on July 10. “I have a sore throat, have a cough, and my body/bones ache,” he wrote.

A copy of the infirmary request stated that Oliva began experiencing these Centers for Disease Control and Prevention-identified symptoms of the novel coronavirus two days prior to asking for medical assistance.

Officials have blacked out Oliva’s date of birth and a section on the bottom of each request form that is completed by medical personnel with treatment information.

The Cameron County Sheriff’s Office did not respond to a request for comment on the infirmary reports on Wednesday.

In a second request dated July 21, Oliva wrote, “I’m having problems breathing and I don’t have an appetite throughout the day. I have sent out three sick calls. I have chest and back pains too,” he said.

A strike force from the state completed mass testing at Cameron County’s three jails in the second week of July, according to information from the Sheriff’s Office.

Oliva tested positive at the hospital — something his daughter Lina Garcia said she learned after she said she received a call from her father’s former cell mate indicating that he had been sick at least 2.5 weeks before he was admitted.

Garcia said the cell mate told her that he tested positive but Oliva initially did not. They were kept in the same cell as officials wanted to contain the spread under the orders of the infirmary director, the Sheriff’s Office said last month.

The technique is identified as “cohorting” and is common practice in prisons and detention centers where inmates cannot socially distance, but in Oliva’s case required him to remain in a cell with someone who already had the virus.

In third request on July 23, Oliva wrote, “I can not jump up to the top and my knees are bad.”

And in his final request for medical attention, he wrote, “Having trouble breathing…need nebulizer/[unreadable]. Can I have electrolytes? Feeling really sick.”

Oliva indicated that he had been experiencing these symptoms for 15 days.

His daughter, who said she was informed of the various infirmary requests through her father’s cell mate but had not been able to see the documents until Wednesday, wrote in a statement that as a nurse, she “cannot understand or begin to comprehend” why medical staff did not provide assistance immediately.

“I would like to remind everyone that these people inside this and other prisons are NOT animals — that even an animal is sometimes treated and cared for better than how these inmates are treated by prison guards, infirmary and other personnel,” Garcia wrote.