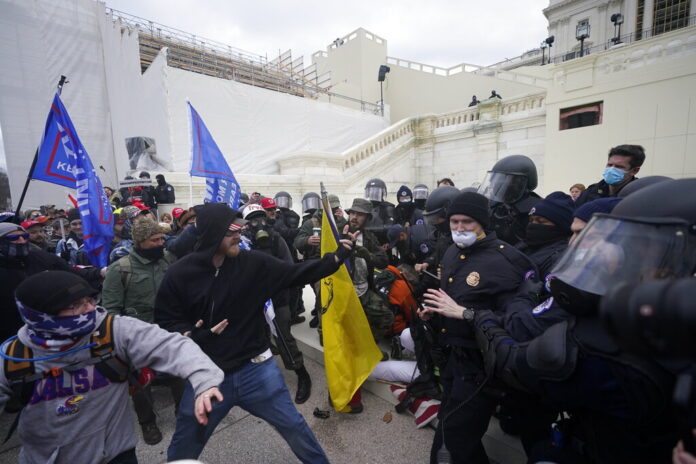 HOUSTON (AP) — A former Houston police officer has pleaded guilty to misdemeanor charges for taking part in the Jan. 6 storming of the U.S. Capitol building.

“Mr. Pham entered a plea to a very low level or petty misdemeanor and all other charges against him were dismissed,” Pham’s lawyer, Nicole DeBorde Hochglaube, wrote in an email to the newspaper.

Pham initially told FBI agents that he hadn’t joined the mob that forced its way into the Capitol building following a rally for then-President Donald Trump. But FBI agents found photographs and video on Pham’s cellphone that showed otherwise, according to court documents.

He later told agents he went inside but was there for only 10 to 15 minutes before he left, according to court documents. He acknowledged that he knowingly entered the building without permission and also “paraded, demonstrated, or picketed.”

Pham is scheduled to be sentenced Dec. 9. Under his plea deal, he faces a maximum six-month prison term and a fine of up to $5,000. He must also pay $500 in restitution.