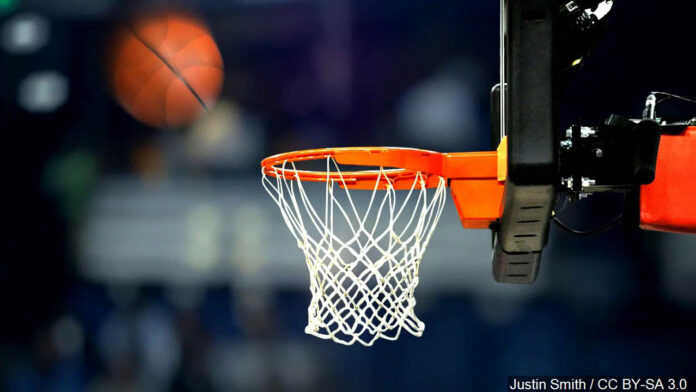 Basketball schedules for teams across the East Valley are continuing to change daily as the COVID-19 pandemic is forcing quarantines, postponements and cancelations.

There were 11 girls basketball games postponed Tuesday alone. Two East Valley teams are in quarantine, adding to the running count of squads that have been temporarily sidelined due to the coronavirus during the first two months of the season.

But even as teams hit pause, the district races for most squads have begun, and the competition runs deep. The two defending District 32-6A champions, the Los Fresnos boys and Harlingen High girls, have picked up where they left off last year.

The Falcons improved to 3-0 in district and 14-1 overall after a hard-fought win Tuesday over Harlingen High, following a key district victory Saturday at Weslaco High. The Harlingen South Hawks have played well this season and are contenders for the title, sitting at 13-2 overall and 2-0 in district play.

The Lady Cardinals (11-2, 3-0) have breezed through their first three district opponents and are ranked No. 17 in Class 6A by the Texas Association of Basketball Coaches. They were set to play a pivotal first-round game against Texas Girls Coaches Association Class 6A No. 14 Los Fresnos on Tuesday, but the Lady Falcons had to postpone due to quarantine. Those two teams should remain atop the district standings for the duration of the season.

In Class 5A, the Brownsville Veterans Memorial Lady Chargers are ranked No. 22 by the TABC and No. 25 by the TGCA thanks to their 13-2, 5-0 start. They’ve cruised through their district slate so far, outscoring opponents 322-121. They’ll travel to face the Brownsville Pace Lady Vikings at 7:30 p.m. today in a battle between the top two squads in the district.

Brownsville Pace has impressed on the boys side of things, too. The Vikings are 3-0 in District 32-5A and have gone toe-to-toe with some powerhouse programs in non-district play.

The No. 16 Rio Hondo Lady Bobcats (6-0) and the No. 24 Lyford Lady Bulldogs (10-3) are ranked by the TGCA in Classes 4A and 3A, respectively. Rio Hondo’s District 32-4A hasn’t started district play yet, but the Lady Bulldogs have separated themselves in District 31-3A with a 7-0 start. Lyford also boasts a No. 20 Class 3A ranking from the TABC.

The Santa Rosa Warriors and Brownsville Jubilee Titans look poised to battle it out for the District 32-3A title once again. Santa Rosa (6-2) is one of three sub-4A boys teams to be ranked by the TABC, coming in at No. 16 in Class 3A.

Santa Maria (3-5) is No. 18 in Class 2A and San Perlita (5-9) is No. 18 in Class 1A. Don’t let the losing records fool you — both squads have been punching above their weight class in the regular season and putting together strong performances. Santa Maria picked up two lopsided District 32-2A wins this week and is in the hunt for another deep playoff run.

At the TAPPS 5A level, the Brownsville St. Joseph Lady Bloodhounds (8-1) are ranked No. 4 by the TABC. They started the season on a five-game win streak, and their sole loss came at the hands of perennial power Harlingen High.

The Brownsville St. Joseph Bloodhounds have been solid this season as well and sit at 6-4 as they wait for district play to commence. The Bloodhounds played a tough regular season schedule in which they went toe-to-toe with top-tier competition like Harlingen South and San Perlita.