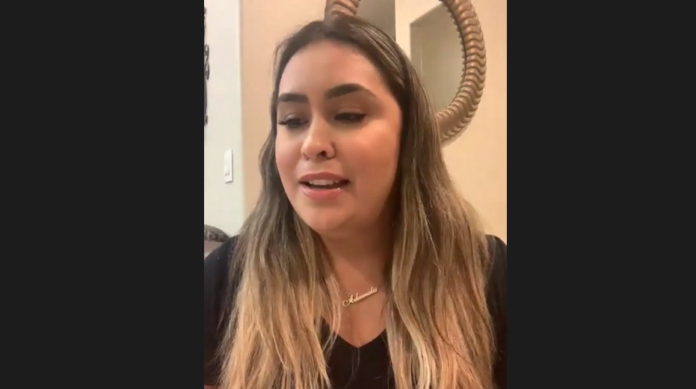 Adamalis Vigil spoke about her daughter’s experience as a transgender girl in the Rio Grande Valley on Thursday during “Legislative Attacks: Protecting Texas LGBTQ+ Youth in the 2021 Session,” a town hall hosted by Equality Texas and PFLAG.

Moderated by state Sen. José Rodriguez, D-El Paso, the town hall was a candid discussion between various parents with trans children about what LGBTQ youth are facing in the 2021 Texas legislative session.

A mother to three and an activist, Vigil spoke of her daughter’s experience at school as a trans child in the Rio Grande Valley.

Vigil described her daughter Adelyn as a typical 12-year-old: she loves shopping and hanging out with friends; she also said her daughter is compassionate and caring, always putting the wellbeing of others first, and loves to give back to the community.

School was at one point a source of joy for Adelyn, according to her mother, but that joy has since soured as Vigil said transphobic attacks and even instances of segregation began to occur and become commonplace. The school and school district in question were not revealed during the talk.

Adelyn’s story serves as one of many often shared in hopes of raising awareness, which Vigil hoped to accomplish with her speech and inspire legislative change.

U.S. Rep. Veronica Escobar, D-El Paso, spoke of her own experience of fighting for equality. She spoke of the importance of acknowledging marriage equality in America and the elections of more progressive officials.

“We have far more LGBTQ-plus individuals in local, state, federal government and we have more equality champions than ever in those important positions within government to make sure we are creating policies and laws that uplift every single human being in this country,” Escobar said.

But in acknowledging the gains in terms of equality, Escobar also noted the importance of recognizing the “terrible threats” to equality that remain.

“We certainly have seen them during the Donald Trump administration with, really in many respects, what I would describe as government-mandated discrimination,” Escobar said.

While the town hall discussed the possibility of banning conversion therapy, which the Human Rights’ Campaign describes as “a range of dangerous and discredited practices that falsely claim to change a person’s sexual oreintation or gender identity or expression,” the 11th Circuit Courts of Appeals ruled on Friday — on Transgender Day of Remembrance — that bans on conversation therapy violate the First Aamendment in Florida.

In Texas, LGBTQ people can legally be fired, refused housing, or denied services simply because of their sexual orientation or identity, according to Equality Texas’ 2021 legislative agenda.

Just recently, on Oct. 27, the Texas Behavioral Health Executive Council voted unanimously to undo a rule change that would’ve allowed social workers to turn away individuals who are LGBTQ or have a disability, the Texas Tribune reported.

In the Valley, history was made last month as the Valley AIDS Council held a virtual grand opening of the region’s first-ever LGBTQ youth drop-in center.

After Vigil’s speech, other parents continued citing their experiences dealing with the effects of these bills, notably 2017’s Senate Bill 6, aka the bathroom bill, followed by a Q&A session.

“You need to be also talking to your local businesses,” Rodriguez said. “Impress upon them why some of these bills are hurtful, not just to individual members of the community and families, but also to the economy, also to the state.”

For Vigil, Adelyn’s story is one she hopes resonates.

“Adelyn transitioned at 7 years old, however she knew her identity — her gender identity — from a much younger age,” Vigil said.

At the beginning, Adelyn had the full support of her school, according to her mother. Because she was allowed to use the girls’ bathroom, Vigil said this encouraged Adelyn to become more involved in school by joining UIL, where she excelled and won first place several times in her division for Spanish poetry.

Adelyn also excelled in cheerleading, Vigil said, adding that she was able to use the changing room with the rest of her team.

The administration changed at school a few years later, which Vigil signaled is when things started to change for Adelyn as well.

“That support system in the school was gone, making her experiences in school very challenging. She has faced harassment and transphobic verbal attacks,” Vigil said. “She has been segregated, discriminated against and singled out at her mere age of 9.”

Vigil said Adelyn was segregated from the restroom and most of the school’s water fountains for a short period of time. Despite these challenges, Vigil said her daughter persevered.

“I can’t put into words the distress this caused my child, myself and my family,” Vigil stated. “Watching my daughter’s basic rights stripped away from her everyday school environment by the administration we trust to keep and teach our children — it’s simply inhumane.”

Vigil said she’s since lost sleep and sought to arm herself with information, with LGBTQ support groups aiding her in conducting research as Adelyn began middle school and troubles persisted. Among them was Adelyn’s withdrawal from extracurricular activities after she wasn’t able to take physical education electives.

With the help of the ACLU, local LGBTQ support groups and the community, they strived to institute change.

“Although we can’t change or forget these acts of discrimination and the damage it caused us, we can turn this negative experience into something positive,” Vigil said.

Vigil said she and Adelyn have shared their experience at local Pride celebrations, trainings with law enforcement and other services providers with “the goal of bringing awareness and education about our transgender youth,” she said.

“Having to speak publicly and trying to convince society that my 12-year-old has the right to be treated with the same dignity and respect as any other human being shows us how we are failing to protect our children,” Vigil said.

Vigil noted that during the next two months they will fight for their children’s basic rights in the upcoming legislative session, which runs from Jan. 12 to May 27.

Urging others to have these conversations with their families and friends, Vigil also urged others to call their legislators and follow Equality Texas and PFLAG for updates.

Equality Texas representatives asked during the event if anyone would like to share their story of discrimination to help move legislation and support equality in Texas, to fill out a form, which is available at themonitor.com. For more information on how to get involved with Equality Texas and PFLAG or for additional information regarding LGBTQ updates, visit https://www.equalitytexas.org/ or https://pflag.org/.

“Our kids are counting on us to stand up to their bullies,” Vigil said.