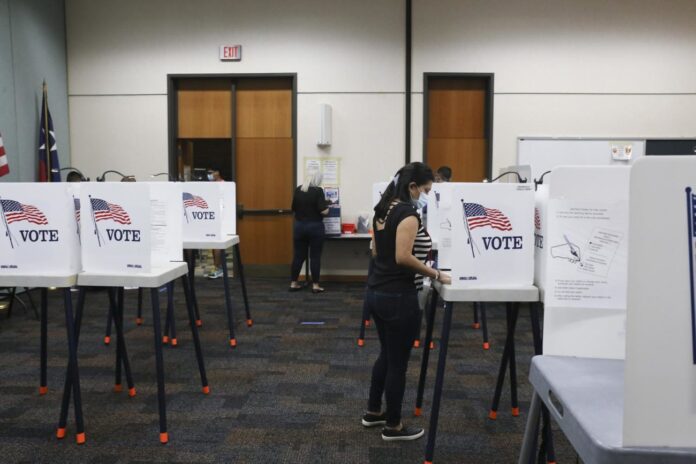 As of Monday afternoon, more than 97 million Americans had already voted and tens of millions more votes are expected on Tuesday, according to AP news, alerting local law enforcement to be on the lookout for any suspicious activity that might happen on Election Day.

Remi Garza, administrator of Cameron County’s Elections and Voter Registration, said in a conference call put together by the Emergency Management Team with all the local chiefs of police, they agreed that if necessary more officers would be available to keep the peace at the polling sites.

“We had a conference call that was put together by the Emergency Management Team, with all the local chiefs of police, just to let them know where we were going to be located and who the contacts were at those locations, the presiding judges and all the judges, and we asked them to be on standby and to be alert to specific types of behavior that can occur around a polling place,” Garza said.

“We haven’t made any specific request at this time with respect to officers … but they have all agreed that if necessary they would make officers available on the polling site to keep the peace.”

Garza said it is important for the community to let officials know if they see any suspicious activity so they can take action on time.

“We want people to let us know if they see anything that they have concerns about, because we can try to take action when we are aware,” Garza said.  “If something is going on and people don’t let us know, we won’t have a chance to respond.”

Cameron County Sheriff Omar Lucio said as of Monday there has not been any official requests for more officers at the polls but that they are ready to help as much as they can.

Officials with the Brownsville Police Department said residents should feel safe at all polling locations.

“There will be both uniformed and plain clothes officers assigned to the different polling sites,” BPD said. “A specialty team is also assigned to respond to the locations if needed.”

As of Friday 86, 901 voters have cast their ballot in Cameron County with an additional 9,092 mail in ballots received, bringing the total votes to 95,993, exceeding the total votes of 93,716 cast in the 2016 election. Thousands more are expected to vote today.