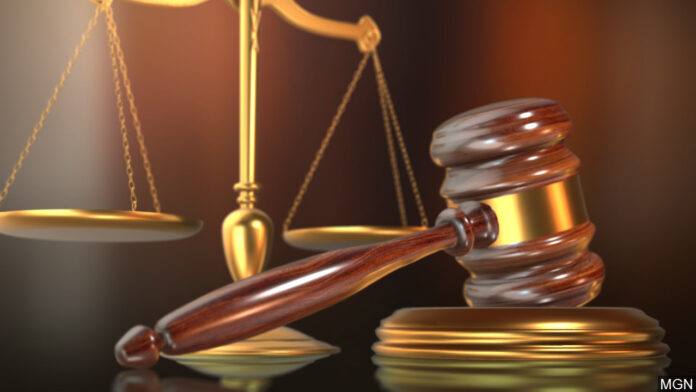 A 32-year-old San Juan man scheduled for a jury trial Monday afternoon on a charge of capital murder didn’t appear because he is in federal custody.

Armando Arebalo’s jury trial wouldn’t have progressed anyway because of the hold on trials due to the coronavirus pandemic.

Arebalo won’t face a trial on the capital murder charge until his federal case concludes. There has been little to no public movement in that case.

Federal authorities arrested him in late January on allegations that he sold nearly 2 pounds of methamphetamine to a confidential informant working for the Federal Bureau of Investigation on Dec. 6, 2018, for $5,000.

“Arebalo is a known ‘Loco 13’ gang member who had been released on bond for state capital murder charges at the time of the narcotics sale,” the complaint states. “Arebalo stated to the (confidential informant) that if he did not get enough money to pay for his lawyer, then he would flee in order to avoid his pending charge.”

He’s accused along with four other people of shooting and killing 41-year-old McAllen resident Nicolas Anthony Bazan on June 19, 2017, during a plan to rob him of a large wad of cash and methamphetamine they believed Bazan had.

McAllen police responded to the 1400 block of West Vine Avenue that day after a homeowner called police to report hearing an unknown man in his backyard calling for help and for reports of gunshots at around 12:42 a.m.

Police discovered surveillance video in the area showing a light-colored van traveling south in the 2100 block of North Main Street suddenly slowing down, with Bazan exiting the driver’s side of the van and running away.

Alex Arevalo, a 24-year-old Alamo resident who has pleaded guilty to murder in the case, told police he shot Bazan while Arebalo and the three other suspects were inside the van.

The Hidalgo County District Attorney’s Office will recommend a 45-year sentence for the man when he is sentenced.

Alaniz remains jailed on a $1 million bond while Gomez is jailed on a total of $36,000 in bonds. She had been out on bail until she was arrested for failing to identify at the scene of a stabbing on Jan. 1 where authorities found methamphetamine.