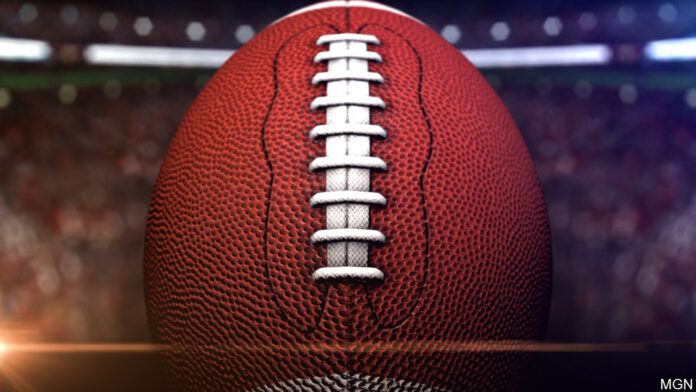 The district certification deadline is quickly approaching for the sub-5A teams across the state, bringing with it some meaningful games for East Valley squads this weekend.

The District 16-3A Division I Lyford Bulldogs are playing against Corpus Christi London on the road Friday in their final Zone A game. Lyford (4-0) and C.C. London (5-1) were picked to be the first- and second-place teams in a Dave Campbell’s Texas Football Magazine preseason poll. Both are undefeated in zone play heading into the contest. The winner will advance to play for the No. 1 playoff seed Nov. 6 against the top team in Zone B.

La Feria will face Hidalgo on the road at 7:30 p.m. Friday with the District 16-4A Division I title potentially on the line. Both teams are undefeated this season, with the Pirates coming into the matchup 2-0 and the Lions 3-0. Hidalgo will have one last district game against Zapata on Nov. 6.

The Pirates recorded shutouts in both of their district games. La Feria’s offense, though young coming into the season, has scored an average of 42.7 points per game during its first three contests. A win in this marquee matchup will secure another district title for La Feria.

The District 16-4A Division II Port Isabel Tarpons will be making their season debut against PSJA Southwest at 7:30 p.m. Friday at home. This year, the Tarpons are under the direction of coach Tony Villarreal, who is opening up his second stint with Port Isabel.

All area 32-6A teams will be playing district games Friday. The district moved into its built-in zone schedules after Weslaco High had to postpone its first two weeks due to COVID-19 concerns. Harlingen High, Harlingen South, Donna North and Weslaco High are in the Northwest Zone, and the Southeast Zone is made up of Brownsville Hanna, Brownsville Rivera, Los Fresnos and San Benito.

The Hawks and Cardinals will battle in the annual Bird Bowl at 7 p.m. at Boggus Stadium. San Benito and Brownsville Rivera will be looking for their first win at 7 p.m. in San Benito. Brownsville Hanna and Los Fresnos face off at 7 p.m. in Los Fresnos. The Golden Eagles earned a statement win by beating San Benito 20-13 last week, and the Falcons started strong with a 38-16 victory over Rivera.

The District 16-5A Division I Brownsville Pace Vikings will be kicking off their season by playing host to the Brownsville Lopez Lobos at 7 p.m. today at Sams Memorial Stadium. Lopez earned a 14-8 win over PSJA Memorial last week.

Brownsville Veterans Memorial takes on Brownsville Porter at 7:30 p.m. Friday at Sams Memorial Stadium. Both opened their seasons with wins last week and will aim to keep that momentum rolling as the district begins zone play.

Brownsville St. Joseph suffered a tough blow last week, losing to Austin Regents 55-0. The 1-3 Bloodhounds will take on the 1-4 Panthers at 5 p.m. Friday in Austin.