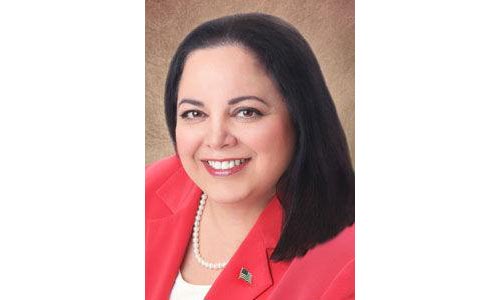 The government on Tuesday finished questioning its key witness in the bribery case against Sylvia Atkinson after showing the jury a video recording of Atkinson accepting the final payment on a $10,000 bribe for her assistance in a purported film project that was to take place at Sams Memorial Stadium.

At the time Atkinson was president of the Brownsville Independent School District Board of Trustees, and the board was in the process of suspending and then replacing former superintendent Esperanza Zendejas.

The board was just about to hire Sylvia Hatton as interim superintendent when Atkinson sought board approval for an item granting Rodrigo Moreno, the owner of Pink Ape Media, a Brownsville advertising and film productio company, permission to use Sams as the shooting location for a short film called “The Hole,” obstensibly to be produced and directed by Moreno, but that unknowingly would be financed by a behind-the-scenes investor from India represented by a man who turned out to be an undercover FBI agent.

A jury in U.S. District Court in Brownsville is hearing the case in the third-floor courtroom of U.S. District Judge Fernando Rodriguez Jr. A federal grand jury indicted Atkinson in December 2019 on eight counts of bribery, conspiracy to commit bribery and violation of the state travel act bribery statute. She faces up to 45 years in prison and a fine that could total $2 million, in addition to any funds subject to forfeiture.

U.S. Attorney Jody L. Young is the government’s lead attorney. Moreno is Young’s first witness, who he has been questioning since the case began Monday morning. After Young told the court he had no further questions for Moreno, Atkinson’s attorney Noe D. Garza began cross examining the witness.