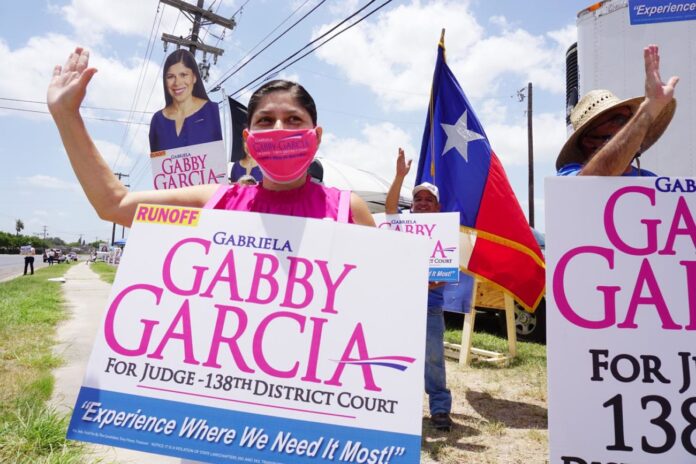 The two entered a runoff on March since neither received 50 percent of the vote plus one.

Garcia will be replacing Judge Arturo Cisneros Nelson who did not seek reelection.

“It has been challenging because we did not have a traditional campaign, which is going out to the community, talking to people, meeting with people, so we had to rely on calling, calling our supporters, calling constituents and reaching out to social media,” Garcia said on a phone interview during Election Day.

“I am humbled by all the support we have received, my family, my friends, my supporters and I have worked very hard and it is now coming to a conclusion. I appreciate all the supporters that have come out to exercise their vote and vote for their candidates, the candidates that they believe in.”

“I have prosecuted and defended not only criminals but also civil cases,” she said in a previous interview. “I have many jury trials under my belt so that means I know what it is to litigate a case from beginning to end.”

Garcia said after the unofficial results she is very grateful with everyone who supported her, especially her husband. The two of them celebrated their 19th anniversary on Election Day.

“I could not have done this without my husband,” she said.

As of press time, Delgadillo did not answer the Brownsville Herald’s request for comment but said during a previous interview that she is beyond grateful for everyone who has supported her and voters.

“I want to thank all voters who came out to vote, regardless of whether they voted for me or not,” she said. “Voting is a right we should cherish and exercise dutifully.”