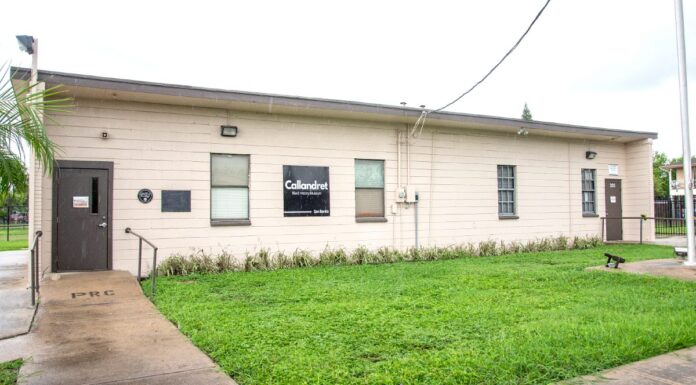 SAN BENITO — Residents and visitors of the area were able to learn about a piece of this city’s history that represents a past that some lived through and others didn’t even know existed.

Juneteenth commemorates the day at the end of the Civil War — June 19, 1865 — when Union soldiers arrived in Galveston and a general read federal orders proclaiming that all slaves were free. This occurred two and a half years after President Abraham Lincoln signed the Emancipation Proclamation.

According to Sandra Tumberlinson, San Benito Historical Society’s secretary and treasurer, the Callandret Black History Museum is the only black history museum south of San Antonio.

The museum opened in February in honor of Joe and Fannie Callandret, whose donated land housed a brick two-room school that was completed in 1952 by the San Benito school district and educated the area’s African American children.

Tumberlinson said since opening in February, the museum has been a source of education for many people who didn’t know black families lived in San Benito or that there was a separate school for black children because of segregation.

“And so, they are learning a little bit about their town with the opening of this black history museum,” she said. “They’re being exposed to a segment of their town that they may not have known existed.”

The museum has a gift shop and is divided into four sections.

One section revolves around slavery in Texas and the United States.

Another section focuses on black families’ presence in San Benito, how the school was created and its continuance through 1960.

The third section of the museum is a replica of the classroom that used to be in the school.

The replica is complete with antique desks and items that were in the classroom when it was a school.

The last section of the museum has family trees of the black families who lived in San Benito.

Tumberlinson said in addition to examining slavery and focusing on the lives of black citizens of San Benito in the early 20th century, the museum celebrates lifelong friendships, such as those of Virgil Garcia, Willie Earl Smith and Robert Cortez.

According to Tumberlinson, Smith is a native of San Benito and attended the school that has been converted into a museum.

Tumberlinson said the museum has a large picture of Smith and former President Barack Obama in the Oval Office.

The Callandret Black History Museum is located at 305 Doherty Street and admission is free.

The museum’s normal hours of operation are Mondays, Tuesdays and Saturdays from 10 a.m. to 2 p.m.