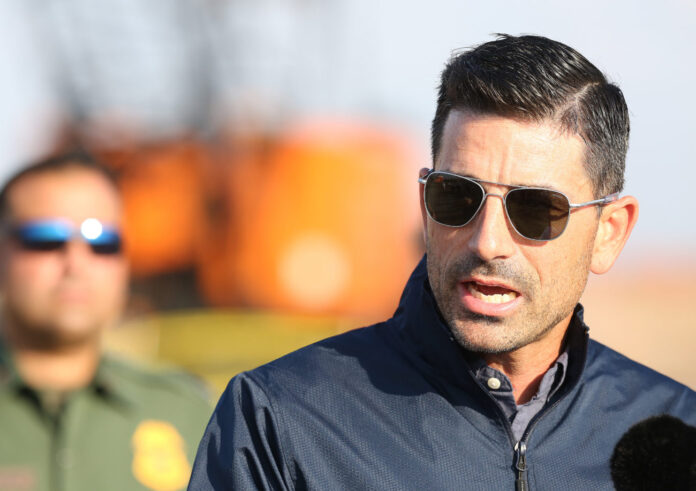 Non-essential travel will continue to remain partially restricted at ports of entry at Canadian and Mexican borders, according to U.S. Homeland Security Acting Secretary Chad Wolf.

The U.S. Department of Homeland Security announced Tuesday the continuation of the temporary travel restrictions for Canada and Mexico, according to the order.

The announcement comes days before the restriction is set to expire at midnight — and nearly 90 days after it was put in place following President Trump’s announcement in March that the U.S.-Mexico southern border would be closed off to “non-essential” travelers.

As of this week, the Centers for Disease Control and Prevention reported the U.S. surpassed 2 million positive COVID-19 cases and surpassed 116,000 deaths related to the pandemic. In Texas, officials have reported nearly 90,000 positive cases, and more than 1,900 deaths, the CDC reported.

Additionally, anyone traveling as part of an emergency response team, government officials, emergency responders, and those who work in cross-border trade, such as truck drivers moving cargo between the U.S. and Mexico can continue to travel.

This initiative will end at midnight July 20, according to the DHS website.

Non-essential travel is considered to be tourism, or recreational in nature. Examples include sightseeing, gambling or attending a cultural event.

In conjunction with the March order, U.S. Customs and Border Protection officials said the ports of entry would still allow entry of “legitimate documented travelers” not subject to previously announced restrictions.

CBP officials stated at the time that they may “limit the number of open vehicle primary lanes to maintain operational control of all travelers seeking entry to the United States,” the release from CBP stated.

Those travelers who do not meet the above description would be returned to Mexico.

Just last week, CBP officials released “enforcement” numbers for May 2020; stating its encounters with “illegal aliens” was down 84% from May 2019 when they had 144,000 encounters with the aforementioned group.

“Based on the success of the existing restrictions and the emergence of additional global COVID-19 hotspots, the Department will continue to limit non-essential travel at our land ports of entry with Canada and Mexico. This extension protects Americans while keeping essential trade and travel flowing as we reopen the American economy,” Wolf said in the statement.

“(DHS) is in close contact with our Canadian and Mexican counterparts regarding this extension, and they agree on the need to extend their non-essential travel restrictions as well. I look forward to continue working with our neighbors to maintain essential trade and travel while protecting the health of our respective citizenry.”

In the Rio Grande Valley, the region’s economic health is largely tied to its relationship with Mexico.

Recently, the city of Mercedes saw a 55% fall in sales tax collections in the month of April. Mercedes is heavily reliant on international shoppers at its Rio Grande Valley Premium Outlets, which was mostly closed due to the pandemic and while travel restrictions were also implemented.

Despite this, Mercedes Mayor Henry Hinojosa said he supports the travel restrictions for public health reasons.

“There’s 18 states of which Texas is one of, in which coronavirus is going up again, so I support it,” Hinojosa said. “We need to stay at home as much as possible. Of course, if you need to go to work, you wear a mask and hopefully some gloves. We need to take this very, very seriously because God forbid I think it’s here to stay. Hopefully not, but it’s already rising in Texas and 17 other states.”

Hinojosa is not without concern for the local economy, however.

“Just like the rest of the Valley and the rest of the world, it hit us by surprise and the economy is really hurting,” Hinojosa said. “… We have been number six in sales tax out of 22 cities in Hidalgo County. I’m not sure as we speak if we’re still number six. I doubt it.”

The Pharr-Reynosa International Bridge alone has accounted for as much as $30 billion in trade, with the top imports being produce, electronics and machinery. Considering the local stake there and with the Anzalduas and Hidalgo-Reynosa international bridges, which McAllen operates, local officials are concerned with extending travel restrictions.

“First off, I want to say that it’s important to be safe,” McAllen Mayor Jim Darling said about the travel restrictions. “It’s important, but the effect on McAllen is significant. If you look at the sales tax revenue, we’re down 30%. Look at Mercedes, they went down significantly. Everybody else was significantly small compared to us. That’s because people go to the outlet malls and they go to McAllen to shop. We were impacted much more than everyone else.”