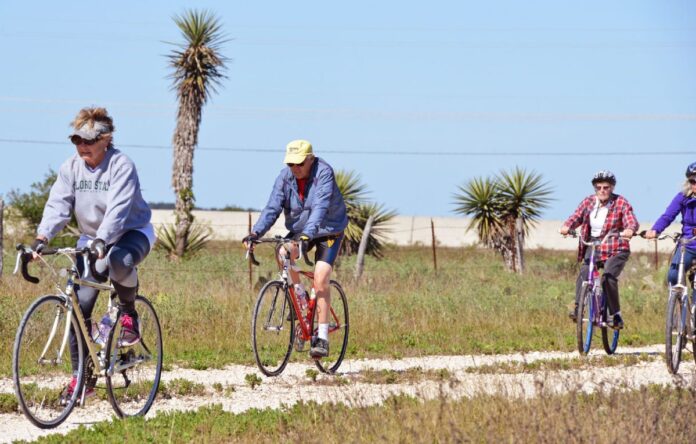 The city of Brownsville has gotten the green light for a feasibility study on creating a scenic hike-and-bike trail through the Bahia Grande as part of the Caracara Trails network.

The 25,000-acre Bahia Grande Unit of the Laguna Atascosa National Wildlife Refuge includes 10,000 of estuary that was turned into a dust bowl by construction of the Brownsville Ship Channel in the 1930s and highway construction in the 1950s, but has been about 90 percent restored. The trail would link Brownsville to the Palo Alto Battlefield National Historical Park, Laguna Heights, Laguna Vista, Los Fresnos and Port Isabel, would give access to the Bahia Grande that doesn’t currently exist and, ideally, would attract more tourist dollars, according to the city.

The feasibility study will analyze potential routes for 21.5 miles of a multi-use trail, evaluate improvements to existing trail sections and identify ways to fund completion of the trail’s design and construction. The estimated $500,000 cost of the study, which includes preliminary engineering, is being covered by the Texas Federal Lands Access Program with a match from the Valley Baptist Legacy Foundation. The projected cost of developing the Bahia Grande segment is between $11.4 million and $15.5 million.

Dr. Rose M.Z. Gowen, city commissioner and a driving force behind Caracara Trails, formerly the Active Transportation and Tourism Plan, said she’s excited to see what’s possible with a Bahia Grande Trail, which she said would “benefit our city and our region in some many ways.”

“ Not only will it connect Brownsville to our neighbors in the Lower Rio Grande Valley, but also promote healthier lifestyles for our residents, provide a safe space for recreation, support job creation, attract more tourist spending to the area and generate a sense of community pride,” Gowen said.

Eva Garcia, RTC project manager for Caracara Trails, described the plans as a “bold vision for the future of our region” that can help create “healthy, thriving communities.” Caracara Trails is one of six RTC TrailNation projects, a trail-network building program meant to showcase the impact of “connect(ing) people and places by trail across geographies,” according to RTC.

Boyd Blihovde, LANWR manager, who brainstormed the Bahia Grande trail idea along with former Palo Alto Superintendent Mark Spier, said linking the battlefield park with the Bahia Grande seemed like a great idea for multiple reasons. One is the benefit to the public, which would be able to see beautifully preserved wildlife habitat, Blihovde said. Another is that building a trail may afford an opportunity to protect an addition stretch of land between Bahia Grande and Palo Alto that is still in private hands, and permission would have to be secured in order to build a trail across it, he said.

“ It’s probably only about a quarter-mile stretch where we need that done, but it could still be a barrier,” Blihovde said. “If the trail is built, maybe one day the public would be interested in protecting that corridor.”