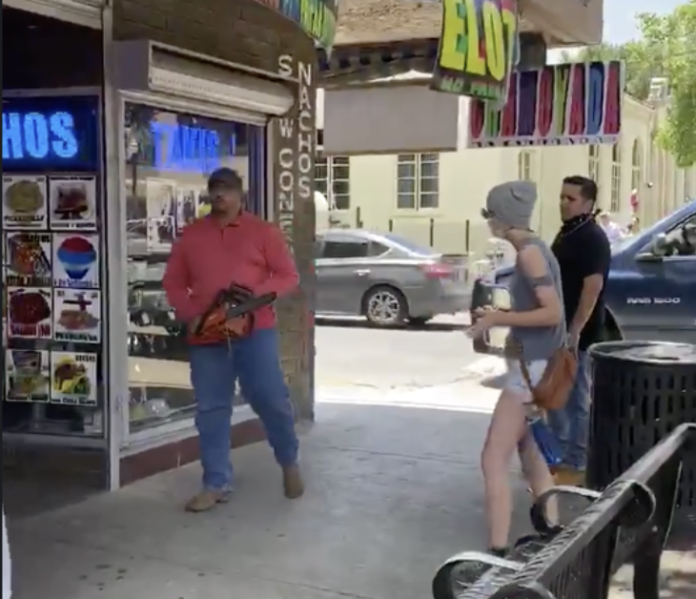 “Thus far it’s been the only incident we’ve had at today’s event,” he said. “We’ve identified that person, we’ve detained that person and are continuing our investigation into the particular incident.”

Rodriguez later added that the man is in custody and the department is assessing what charges will be filed.

Lt. Joel Morales of the McAllen Police Department previously confirmed that an assault investigation is underway related to the man, who was seen in a video brandishing and revving a chainsaw at Black Lives Matter protestors marching downtown Friday.

“Go home,” the man shouted repeatedly in the video, dispersing a group of protestors while pointing animatedly.

He at one point used a racial slur.

Lorena Houghton of McAllen was one of the women in the group the man accosted.

“We were just walking, because we were walking over here by ourselves, it was a group of like six or seven, and we were just trying to cross the street and someone stopped in the middle of the crosswalk and started yelling at the girl in front,” she said.

According to Houghton, the man ripped a poster out of that woman’s hands before grabbing a chainsaw.

“It’s very scary,” she said. “I think that the exact point they were trying to make is that they didn’t think that Black Lives Matter was necessary here, but I think he disproved his own point by violently attacking people that were walking on the street.”

This is a developing story.