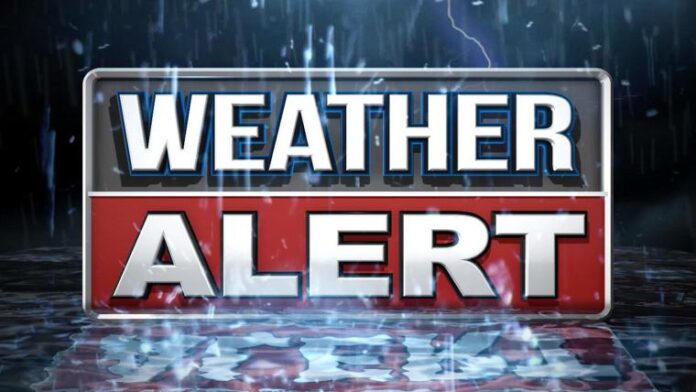 The NWS reports large hail, damaging winds and heavy rainfall can be expected with these thunderstorms. The main timing across the northern ranchlands will be likely after 8 p.m. If the storms holds together, they would pass through the Valley after midnight.

Minor coastal flooding will likely continue along the lower coast through midnight. Water will run up to near the dunes along the beaches, the NWS reports.

Potential impacts include:
>>Isolated damage to structures, vehicles, trees and crops due to large hail or severe wind gust
>>Localized flash flooding, especially in urban and low-lying areas and poor drainage locations
>>Sporadic power outages
>>Slick and hazardous road conditions due to ponding of water on the roadways