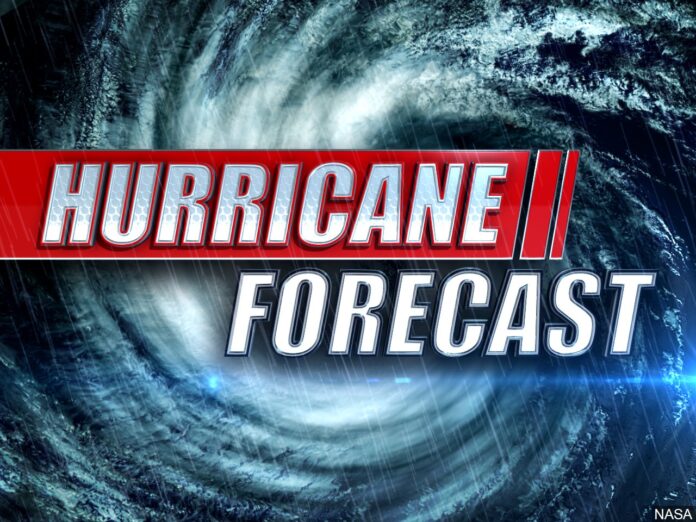 The National Oceanic and Atmospheric Administration released its 2020 Atlantic hurricane season forecast on Thursday and is forecasting an above-normal season with the possibility of that season being extremely active.

NOAA reports multiple climate factors indicate above-normal activity is most likely, which could make this one of the most trying hurricane seasons the United States will experience since the country is in the middle of a COVID-19 pandemic.

Meteorologists have been monitoring both El Nino and La Nina and early indications reveal that El Nino will remain neutral while La Nina could heat up. An El Nino pushes storms away. A La Nina attracts storms.

“Those are really dominant signals and they are controlling the strength of the hurricane season,” Bell said in a telephone conference with the media.

“We are seeing everything that would indicate an above average season,” said Bell.

The peek months of the Atlantic hurricane season are August, September and October.

“If 2020 becomes an above normal season, it will make a record of five consecutive above normal Atlantic hurricane seasons and this would surpass the previous record of four set during 1998 to 2001,” Bell said.

.The following are the wind speeds of the forecasted storms:

Carlos Castillo, acting deputy administrator for resilience at FEMA, said residents need to remember to follow social distancing and other guidelines by the Centers for Disease Control and Prevention to keep them safe from COVID-19 during hurricane season. Residents planning to evacuate the area, if orders are given, should first try to reach out to family or friends outside the evacuation zone before heading out to a designated shelter place.

“Evacuation centers, you have to keep in mind are meant to keep you safe, but not necessarily comfortable,” said Castillo. “They will implement social distancing and other measures in according to other CDC guidelines.”

The 2020 Atlantic hurricane season got off to an early start this season when Tropical Storm Arthur developed near Florida over the weekend.

Twenty-one names have been chosen for the storms. The next named storm will be Bertha.