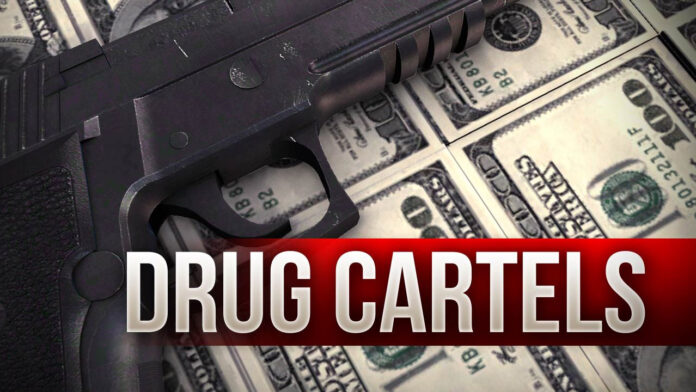 Individuals allegedly linked to the Gulf Cartel in Matamoros were arrested and charged in a narcotics smuggling investigation stemming from a February 2019 traffic stop in the Corpus Christi area.

A criminal complaint filed against Marco Antonio Vela-Cardenas and Jose Cardenas-Hernandez, both citizens of Mexico, stated the two men were identified as major methamphetamine coordinators working in Matamoros on behalf of the Cartel del Golfo last year.

Both men were detained on May 2 after crossing into the United States pending their illegal status in the country, according to the complaint.

On Feb. 22, 2019, agents working an ongoing joint Drug Enforcement Administration, Homeland Security Investigations, and FBI investigation were monitoring an unknown subject later identified as Carlos Cruz-Longoria headed toward the Sarita Checkpoint. Law enforcement believed him to be smuggling narcotics based on previous information and traffic patterns, the complaint stated.

According to the affidavit, Robstown police officers stopped the vehicle and received consent to search the pickup truck. Upon inspection, they discovered a tank with a false bottom containing multiple bundles of suspected narcotics later confirmed to be 18.5 kilograms of methamphetamine.

The complaint stated that agents made contact with Vela-Cardenas and Cardenas-Hernandez on May 2 after receiving notification of their crossing.

During post-Miranda interviews, both men admitted to conspiring together, alongside others, to utilize the Cruz-Longoria’s transportation methods to move approximately 15-20 kilograms of methamphetamine at a time for distribution, according to the document.

A separate case was filed against Vela-Cardenas for illegal re-entry. Court records indicated he was deported from the United States in November 2011 following convictions for distribution of cocaine and aiding and abetting in 2008.

On May 3, agents interviewed Maria Guadalupe Montellano-Moreno, with whom Vela-Cardenas admitted to agents he conspired to launder money, according to a third complaint. “Vela stated Montellano-Morena laundered amounts of $5,000 to $10,000 once a month for a period of approximately one year,” the document alleged.

During questioning, she told agents she began picking up U.S. currency from unknown subjects approximately four years ago at various locations in Brownsville and would later transport it to Vela-Cardenas in Matamoros, the complaint stated.

All three defendants were scheduled to appear remotely on Thursday before U.S. Magistrate Judge Ronald G. Morgan for detention hearings.