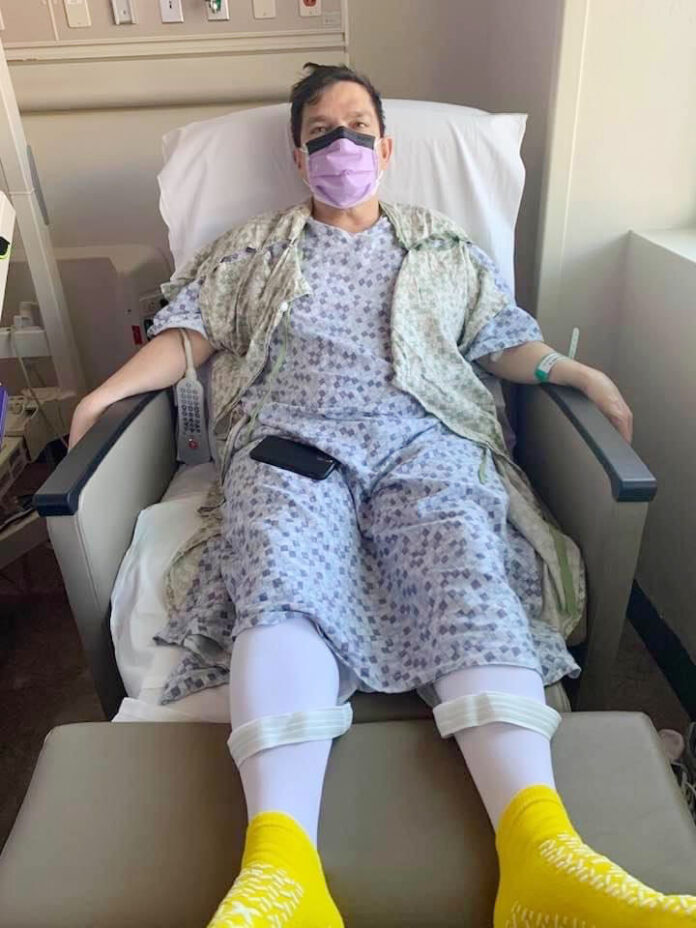 U.S. Rep. Vicente Gonzalez, D-McAllen, will be working from home for the next few weeks after sustaining an injury Thursday.

According to a news release, Gonzalez had been working around his house in McAllen when he fell from about 12 feet.

“He remains in good spirits,” Jason Johnson, press secretary for Gonzalez, said Monday. “He’s going to make a statement tomorrow. He’s continuing to work from home. He’s just following doctors’ orders and making sure that he continues to recover quickly.”

The congressman suffered fractures to his lower back as a result of the fall. Doctors have ordered that he recover at home for four to six weeks.

Asked how his schedule is specifically being affected, Johnson said the congressman is maintaining correspondence with his colleagues.

“I know that he’s going to continue to work from his mobile devices on behalf of the 15th Congressional District of Texas,” Johnson said. “He’s communicating with staff via text and email, as well as members of the caucus and things that are happening within the House. He’ll be continuing to work and trying to get as much support as he can for the people of the district at this time.”

When asked how the injury and working from home might affect any time-sensitive issues within the House, Johnson said that Gonzalez is taking it day by day.

“We’ll cross that when we come to it,” Johnson said. “I don’t want to jump out ahead of anything. He’s pretty attentive to what’s happening as well as us, his staff. We’re attentive to the needs of the people in the district. We’re going to keep working and doing the best that we can for the district, as is the congressman.”