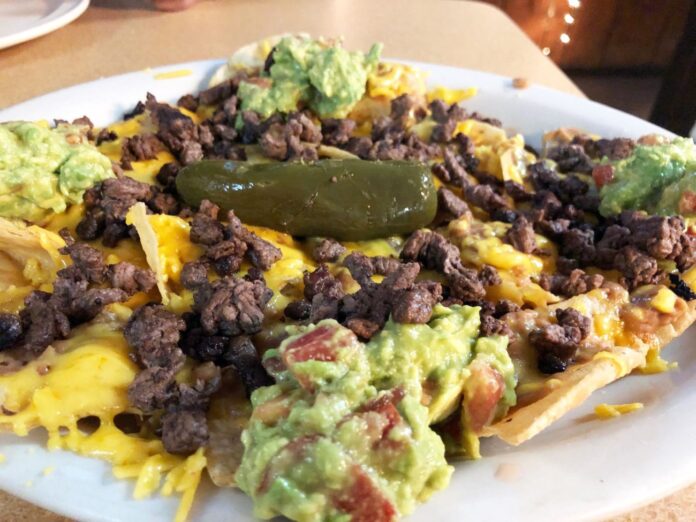 HARLINGEN — Like many restaurant managers, Mtisha de Jesus is pumped up to reopen Colletti’s — but she’d like to wait a little longer.

Today, Gov. Greg Abbott is allowing retail businesses and restaurants to reopen at 25 percent of their customer capacity as part of the first phase of his plan to lift the state’s economic shutdown.

In March, Abbott ordered so-called “non-essential” businesses to close to prevent the spread of the coronavirus.

As part of his plan to reopen the state’s businesses, Abbott is allowing retail stores, restaurants, shopping malls, museums and libraries to reopen at 25 percent of their customer capacity.

“I hope it’s a start to reopen Texas,” de Jesus said Thursday as she prepared Colletti’s to reopen today.

“We’re excited bringing our employees back and putting something in their pocket. I’m glad we have the opportunity to get started but I’d kind of like to wait till mid May for the cases to drop,” she said, referring to COVID-19 virus cases believed to be dropping off in the Rio Grande Valley.

At the city’s offices, officials are counting on Abbott’s plan to begin lifting the business shutdown that’s led at least 47 Harlingen businesses to stop operations, leaving more than 382 workers unemployed, according to a survey conducted by the city’s Economic Development Corporation.

“We hope this is the beginning of the start up of the economy,” Raudel Garza, the EDC’s chief executive officer, said. “We’re cautiously optimistic things will go well. We encourage people to follow protocol.”

“Hopefully, people out there will take advantage of it,” he said. “If they need the help, we’re ready to help them.”

On Thursday morning, de Jesus was busy sanitizing the restaurant to comply with state and federal guidelines aimed at curbing the virus’ spread.

“We’re going to follow guidelines. We’re going to take all the precautions,” she said. “There is so much to it. It’s hard and there are still little hiccups. But we’re going to get it going.”

When the restaurant reopens today, de Jesus plans to serve about 40 customers in its dining area with a capacity of 120.

At each table, she plans to sit groups no larger than six customers.

“There’ll be nothing on the tables — no silverware, no salt and pepper shakers,” she said. “We’re going to take them a paper menu and we’ll take silverware to tables after they’re seated.”

To comply with the state’s requirements, de Jesus set up a hand-sanitizing station.

Meanwhile, she’ll ask any customers on her waiting list to sit in the restaurant’s patio area, where they’ll follow social distancing guidelines, or in their cars.

“They can wait in their cars and we can give them a call or send them a message when their tables are ready,” she said.

When her staff shows up for work, employees will go straight into her office, where they’ll be screened for any virus symptoms.

“We have to screen them to make sure there’s no cough and they’re not feeling sick,” she said. “They have their temperature checked — and no cell phones allowed because they carry lots of germs. They also have to wear a mask.”

Like her, many of her customers still fear the coronavirus, she said.

“There are still people who don’t want to come out,” de Jesus said. “A lot of people are still on edge. They’re still not comfortable. At the end of the day, I have to go back to my kids. We’ve got to be safe.”

But many of her customers want to return to the lives they lived before COVID-19 changed their world.

“There are still people who want to come out,” de Jesus said. “They want to get back to normal life.”

In San Benito, Adolfo Toriz and his family have been dishing up hot wings and serving them up curbside since Abbott ordered restaurants to close their dining areas in March.

“They’re kind of testing the waters. They’re trying to do it slowly,” Toriz said of state officials’ plans to reopen Texas’ businesses.

Across town, about 80 percent of the city’s 288 businesses have remained open or are reopening today, Rebeca Castillo, the city’s EDC director, said.

“This will allow them to reopen on a small scale and keep their businesses going,” she said of Abbott’s plan to reopen the state’s economy. “We are expecting to start seeing some economic stability for the next few months and as we are able to reopen more businesses, we will be able to redirect the effects of this crisis into positive economic growth.”

After Greyhound football games, Toriz packs his restaurant with more than 100 fans.

But now, he’ll be serving about 16 customers to comply with the state’s 25-percent capacity limit.

“I think it’s good as long as everybody follows the safety measures,” Toriz said of Abbott’s plan.

On Wednesday night, he sanitized his restaurant.

At the restaurant’s entrance, he’s setting up a hand sanitizing station.

“Restrooms have a log — we’re going in to clean often,” he said.

Today, he’ll he sitting groups no larger than six per table.

“When a table leaves, we sanitize it,” he said. “No more ketchup, mustard and salsa bottles — it’s all disposable cups. So if someone wants Tabasco, I give them a little cup that they’ll later throw away.”

“People do want their hot wings,” he said. “It’s a hot commodity.”

But during the month in which he shut down his dining area, he lost about 80 percent of his business, despite his curbside sales.

Meanwhile, fear of the virus kept about 80 percent of his employees at home, he said.

“The majority don’t want to go back to work because they’re scared,” he said.