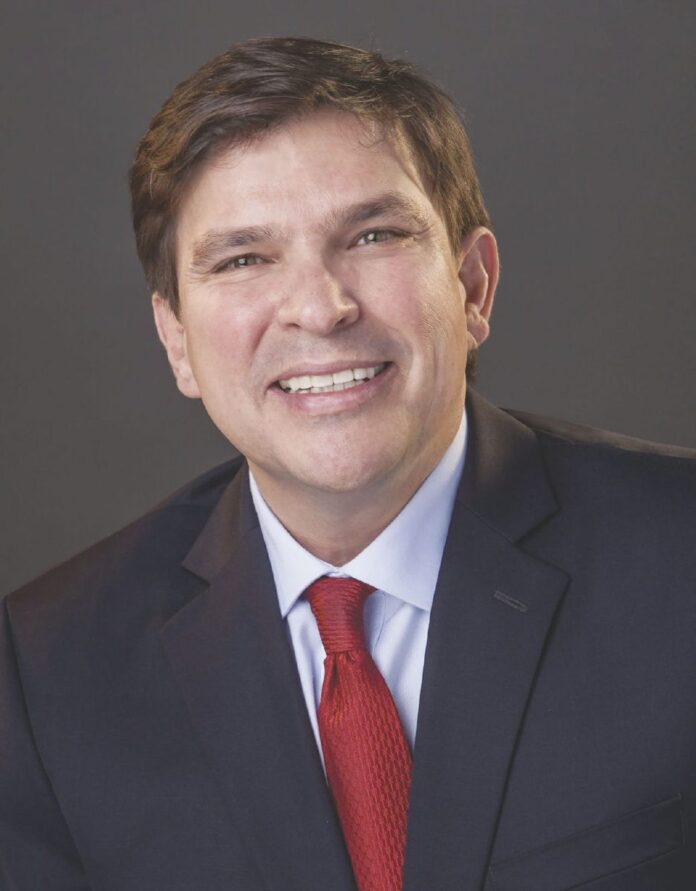 Just as Texas begins the slow process of reopening its economy, small business owners hit hard by pandemic-induced work stoppages will soon get another shot at financial help after Congress approved a second round of CARES Act funding last week.

However, whether that funding will be enough to reach “the smallest of the small businesses,” and what the impacts will be of reopening the economy now — when cases throughout Texas continue to rise — are issues Rep. Vicente Gonzalez, D-McAllen, spoke of in McAllen Tuesday.

Last month — in one of the largest bipartisan action by lawmakers — Congress approved the $2.2 trillion CARES Act to help bolster small businesses, American workers, and the healthcare industry — all of which had taken heavy blows from COVID-19 related economic disruptions and unprecedented strains on limited healthcare resources.

But, less than two weeks after the new legislation’s Paycheck Protection Program made some $349 billion available to small businesses in forgivable loans via the Small Business Administration, scores of business owners found themselves locked out of the process as the funding quickly evaporated.

Additionally, the PPP drew wide criticism after large corporations, such as Shake Shack, were able to obtain millions in funding when smaller businesses couldn’t. But now that lawmakers have approved a second round of funding, Gonzalez hopes some of the program’s wrinkles have been ironed out.

The new round of CARES Act funding includes a $310 billion recharge of the PPP, $60 billion more for SBA Economic Injury Disaster Loans, and another $30 billion in funds that are earmarked for distribution by smaller banks and credit unions.

Additionally, $75 billion will go to the healthcare industry to reimburse hospitals for COVID-19 related expenditures, such as purchasing personal protective equipment, and to increase the availability of coronavirus tests, Gonzalez said.

The new funding also comes with new guidelines, including making sure that more money goes to businesses with small workforces, what Gonzalez calls the “smallest of the small businesses.”

Now lawmakers are asking lenders to report back to them, telling Congress how many loans are awarded to minority-owned businesses, where the loans are being approved, and how many employees each business has.

“I’m trying to make sure that our little stores in downtown McAllen and in Main Street and every town in my district have an opportunity to receive these funds … that you’re still able to go to the front of the line and get the help that you need,” Gonzalez said.

Too, the congressman is hoping to ease restrictions regarding how quickly the funds have to be spent.

Under the terms of the PPP, businesses may borrow up to $10 million. The loans are forgivable up to 100% — including interest — but only if at least three-quarters of the money goes toward payroll costs, and if the funds are expended within eight weeks.

If those terms are not met, the loans will come due. That can pose an issue for businesses that have been out of operation due to government closure orders and have no way to put their staffs to work. “And therefore, it turns into a loan and you’re not getting the same assistance in the same fair way that other businesses are able to do,” Gonzalez said.

Too, the initial round of funding went so fast, there’s already a line of applicants hoping to secure loans with this new pot of money. Gonzalez worries these funds could dry up as quickly as the first.

To that end, Congress has begun working on securing additional legislation. “We’re already working on this next round of CARES Act, so clearly we understand we’re not at the end yet,” he said.

But lawmakers don’t know when that “end” will be. Medical experts have warned of the potential for additional waves of infection even as the first wave continues nearly unabated.

The United States is now host to one-third of the world’s COVID-19 cases, with more than 1.03 million people infected here.

In the hardest hit areas of the country, such as New York, infection rates appear to have plateaued, but at staggering rates. That state is still reporting thousands of new cases and hundreds of deaths per day.

In Texas, the infection rate similarly continues to rise — albeit linearly, versus the explosive exponential spread seen elsewhere. Despite that — and contrary to President Donald Trump’s own guidance to governors to reopen their states in phases only after first seeing declines in infection rates — Gov. Greg Abbott has begun moving forward with Texas’ plans to reopen its economy.

Gonzalez fears the move may have come too soon, especially when some projections showed Texas wouldn’t reach its peak infection rate until the first week and a half of May. “I figured at the very minimum, we would want to get past those dates and analyze the data again,” Gonzalez said.

The congressman also had sharp criticism for the governor, who, in a media appearance on Tuesday to further elucidate the state’s reopening efforts — set to begin Friday — remarked that 75% of the state’s COVID-19 fatalities have occurred in people 65 years or older.

“We want to keep our economy going and we want to keep everybody employed, and there’s a balancing between that and keeping people healthy and alive,” Gonzalez said. “But, to just write off a population because they’re 65 or older is absurd and it’s a shocking statement to hear from any governor.”

Gonzalez did applaud, though, the methodology of the governor’s plan to reopen businesses in phases at reduced occupancy rates, and his assurances that the effectiveness of such measures would be evaluated before continuing on to another phase. “That might be a good start, and then calibrate it if we see a spike in infections and fatalities,” Gonzalez said.