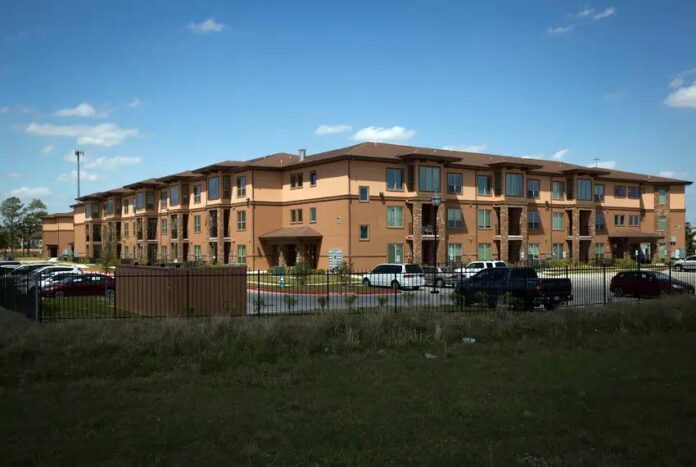 The Texas Supreme Court extended the moratorium on eviction procedures until May 18, offering a few more weeks of relief to renters otherwise expected to cough up payments at the beginning of the month.

Trials, hearings and other procedures are suspended, but landlords could file for an eviction, according to the order.

The federal government has also halted evictions until August 23 for properties that are covered by federally backed mortgages. Local authorities have placed similar and sometimes stronger actions to stop evictions, as unemployment claims escalate and reach historic highs in Texas. In just a five-week span during March and April, 1,301,441 Texans applied for unemployment insurance, more than all of 2019. Previous to the crisis, housing affordability was already becoming a larger problem for thousands of low-income Texans.

Despite the orders to block evictions, some landlords have still reportedly forced tenants out. On Monday, around 50 residents of an apartment complex in Olmos Park, north of downtown San Antonio, were locked out of their homes, TV station KSAT reported. According to the Texas Property Code, locking out a tenant without an eviction procedure is illegal.

“This is the first flagrant violation we had of this, and we’ve asked the district attorney and other law enforcement to look into it and see what options we have against the company who did that,” Bexar County Judge Nelson Wolff said to KSAT. Advocates said the extension by the Texas Supreme Court is “a common sense measure,” but warned that they are concerned about the long-term safety of vulnerable Texans.

“Our state and cities should not stop there,” said Christina Rosales, deputy director of the advocacy group Texas Housers in an email. “We have to make sure that cities and the state are providing protections for renters, such as an opportunity to catch up on back-rent, and citations for landlords who are breaking the law by locking out tenants during this time.”

The state orders don’t suspend rent payments, and Rosales said that officials need to plan for what might happen when the moratorium is lifted.

“We have to make sure there’s enough emergency aid to avoid the financial shock of two or three months of rent due all at once in order to keep people in their homes,” Rosales said.