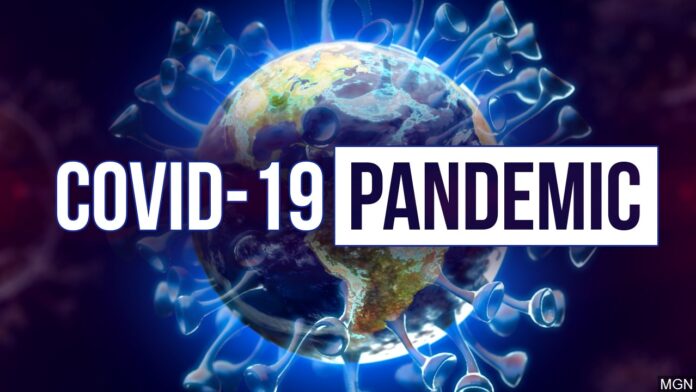 Texas voters are concerned about the coronavirus and believe it presents a serious crisis, and they are deeply worried about the economy, unemployment and the health care system. But they also think the disease could be contained enough to return daily life to normal within a few months, according to the latest University of Texas/Texas Tribune Poll.

The coronavirus pandemic is a serious crisis, according to 66% of registered Texas voters, while 26% say it’s “a serious problem but not a crisis.” Democrats are more likely than Republicans to call it a crisis: 91% said so, compared with 48% of Republicans. And urban voters (75%) were more likely to call it a crisis than suburban voters (66%) or rural voters (54%). While 81% of black voters say the pandemic is a serious crisis, only 66% of Hispanic and 65% of white voters agreed.

“Partisans are relying on different sources of information,” said Joshua Blank, research director for the Texas Politics Project at the University of Texas at Austin. “They’re hearing something different. It’s not that Republicans don’t think it’s a crisis. It’s that they don’t think the Democrats are getting good information.”

A majority of voters (54%) are “extremely” or “very” concerned that the coronavirus will spread in their communities. Again, the poll found differences: The level of concern is higher among Democrats than Republicans, urban voters over suburban and rural voters, and black and Hispanic Texans over white voters.

The economic concerns erase party lines: 72% of Texas voters are “extremely” or “very” concerned about the national economy, and 67% say the same about the state economy. Worry over unemployment — 75% say it’s a top concern — is also amplified. Democrats (83%) were a bit more likely than Republicans (71%) to express deep concern, but the issue is clearly on the minds of a substantial majority of Texas voters.

“These attitudes are, to some extent, evidence that social distancing has worked,” Blank said. “People are more concerned about the economy. You might have no chance of getting the virus because you’re not leaving your house, but you could still lose your job. That affects more people directly than the coronavirus does.”

Health care is also a major issue, with 65% saying they are “extremely” or “very” concerned about it. At the same time as they fret over the strain on that system, 43% of voters — and 64% of Republicans — say they are “very” or “somewhat” satisfied with the health care system in the U.S. Only 24% of Democrats agree; 74% of them are “not very” or “not at all” satisfied with the country’s health care system.

How things are going

A small group of voters — 9% — believes the coronavirus has been “contained in the U.S. to the point that most activities like social gatherings, workplaces and sporting events can return to normal.” Another 21% think the situation will reach that point in the next few weeks, 41% say it’ll happen in the next few months, and 17% think it will be contained in the next year. A small group — 9% — thinks it will be a year or more before things return to normal.

“There’s a lot of sentiment in the middle of the spectrum here,” said Daron Shaw, a government professor at UT-Austin and co-director of the poll. “It’s a serious crisis, at the very least a big deal. And while we’re concerned about the damage to the economy, it’s such a public health risk that that takes precedence now. When you’re talking about the people in the middle willing to go along with what the government is doing, there’s a general sense that Americans will do a lot to deal with it.”

As some voters have turned their attention to the economy and some have developed more optimistic views than others about when the coronavirus will be contained, the patient tend to separate from the impatient within the electorate, said James Henson, co-director of the poll and head of the Texas Politics Project at UT-Austin. Democrats want to wait, while some Republicans want to reopen the economy.

“Almost half of Republicans say it is already over or will be in the next few weeks; 47% say it’s already contained,” Henson said. “And you can see what public officials think their partisans want. If your constituents think we’re doing enough, you’re going to be reluctant to do more.”

A 55% majority of Republicans, however, say remaining at home for too long is the greater threat. For 83% of Democrats, the bigger worry is not keeping people at home long enough in response to the coronavirus.

“There is some predictable ideological reaction to this,” Shaw said. “Republicans want to get back to normal and regard the government restrictions as onerous. But the magnitude of the difference, the devolution into partisan lines, is really striking.”

Many Republican voters expect a return to normal activity relatively soon — an expectation reinforced by official talk of loosening restrictions next week. Their leaders are watching that while also talking to medical experts about what’s going on with the pandemic. “This explains why, in a competitive state like Texas, you would constantly be adjusting the throttle,” Henson said.

On a personal level, health issues outweigh financial issues with voters, with 80% expressing concern about “you or someone you know” getting infected, and 71% concerned about their physical safety or the safety of someone they know. Loss of savings or retirement funds were a concern for 64%.

Asked what they’re “extremely concerned” about — an indication of urgency — respondents’ top items are getting infected or having someone you know get infected (33%), loss of savings or retirement funds (25%), physical safety (25%), paying utility and other bills (20%), making rent or house payments (18%), and losing your job (17%).

Life and work during the pandemic

Republican voters say they get out more — 11% continuing as they did before the outbreak and 26% saying they’re going out but are careful when they do — but 58% say they’re only leaving home when they must. More Democratic voters (70%) say they’re not roaming unless they have to, while 5% are behaving as they did before the pandemic and 15% say they come and go with care.

A large number of Texans — 44% — say their work status or situation has changed since the outbreak of the virus. That was the answer from 41% of white voters, 47% of black voters and 52% of Hispanic voters. More than a third of those with changed work situations say they are now unemployed because of the pandemic, including 51% of Hispanic voters in that group, 43% of black voters and 28% of white voters. Among college graduates whose work circumstances changed because of the pandemic, 25% say they’re now unemployed; among those who finished high school and didn’t go to college, it was 46%.

Among those whose work situations have changed but who are still employed, 64% say they are working at home or remotely instead of in their regular workplaces, 32% are working fewer hours, and 19% have seen either their pay or benefits cut.

Most of the voters whose work situations are the same as they were before the pandemic are either retired or were already unemployed, but 41% work full or part time — 40% of them at home, 60% outside their homes.

An overwhelming majority of Texas voters — 85% — say they would support mandatory quarantines of anyone exposed to the coronavirus. Only 7% say they would oppose those policies. That support cuts across party and demographic lines.

“When push comes to shove, there is extreme majority support across every group for quarantining anyone exposed to the virus,” Blank said. “Even if a large number of Republicans don’t see it as a crisis, when it comes to the seriousness of the virus at the individual level, there’s no ambiguity.”

A narrower majority — 55% — say all Texans should be allowed to vote by mail in the coming 2020 general election in response to the pandemic. This issue, currently being fought in the courts in Texas, is plainly partisan. Among Republicans, 59% say they would oppose allowing all Texans to vote that way, while 86% of Democrats favor it. A slight majority of independents, 51%, favor wide-scale voting by mail in Texas.

For accurate information about the coronavirus, voters trust medical and health professionals, the Centers for Disease Control and Prevention, friends and family, and Gov. Greg Abbott, in that order. Their least-trusted sources for that kind of information, again in order, are social media and online sources, the news media, and Donald Trump.