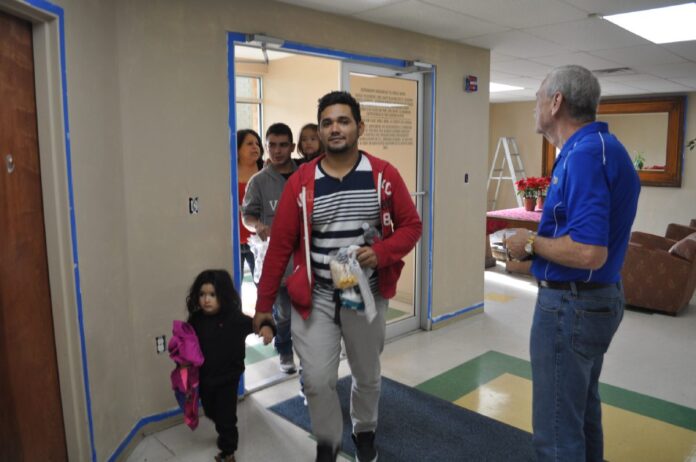 Following a first round last year, another round of applications are expected to become available on Feb. 17 for governments and nonprofit organizations to apply for reimbursements stemming from expenses made on migrant aid last year.

The applications will be open until March 16 and from there, the national Emergency Food and Shelter Program is expected to review and eventually select how money approved by Congress will be distributed, according to U.S. Rep. Henry, Cuellar, D-Laredo, who held a conference call Tuesday to inform stakeholders of the applications coming online.

Cuellar and the board hoped Tuesday’s information session could provide governments and NGOs more clarity than the first round of funding applications in 2019, when the city of McAllen’s reimbursement was delayed months, frustrating city officials. But McAllen was represented on Tuesday’s call and is expected to apply for more money once applications open.

Congress approved the funding for this federal program in the summer of 2019, and it included $25 million for reimbursements to governments and NGOs in border states. Members from the national board said that $7.8 million were distributed during the first round of reimbursements in 2019.

Board members then flew to different parts of the border, including the Valley, to meet with stakeholders. At the United Way of South Texas in McAllen, about 25 representatives from McAllen city hall, Cuellar’s office, U.S. Sen. John Cornyn’s office and others from nonprofits across South Texas convened in November to meet with members from the national board.

Board chair Michael Lee of the Federal Emergency Management Agency told the group that he was open for suggestions. During Tuesday’s call, other board members said: “We’ve taken a lot of feedback on the ground and incorporated it” into the next applications.

The applications in this upcoming round are said to have fewer restrictions, some of which caused headaches for churches and other small organizations that were seeking reimbursements. But the board members said they could not disclose details of what the next applications will ask for, because they have not yet been given final approval.

The applications are expected to be more applicant-friendly, though, according to Andrew Bostjancic, with Catholic Charities USA.