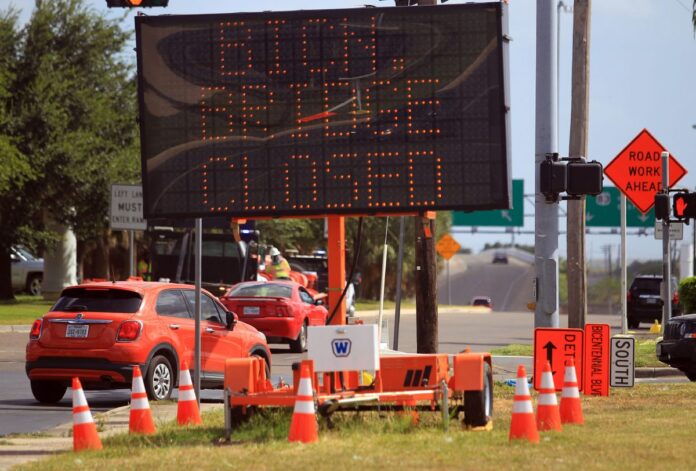 McALLEN — Three days before Christmas, the Texas Department of Transportation announced what many motorists were waiting for.

“As of this late afternoon, the Bicentennial/I-2 intersection has been opened to the public,” the state agency wrote on Twitter.

The state demolished the Bicentennial Boulevard overpass as part of a 3-mile construction project on Expressway 83, which officials said would be a necessary headache for drivers that would result in smoother traffic flow.

After a brief opening in December, the intersection then closed, with more construction needing to be completed. It remains so.

On Monday, at a city workshop, McAllen City Commissioner Victor “Seby” Haddad asked City Engineer Yvette Barrera a simple question about the entire construction project that has been plagued by delays: “When will we drive through there and see no construction?”

Indeed, Barrera said. But the Bicentennial Boulevard intersection that has been closed following TxDOT announcing its opening is expected to open “in the next couple weeks,” Barrera said Monday.

“They’ve made some adjustments to traffic control in the area,” Barrera added.

Construction completion can at times be finicky, dealing with contractors and delays. This project followed that trend, with a delay with a contractor. What has resulted from that is confusion from motorists and elected officials.

But city officials have placed a focus on Bicentennial Boulevard for years. The 4-lane road was extended north of Nolana Avenue to Trenton Road in 2012. In December, construction began to extend the road from Trenton Road to State Highway 107.

The latest project cost $12.6 million and officials said the extension is expected to be completed around the end of 2020.