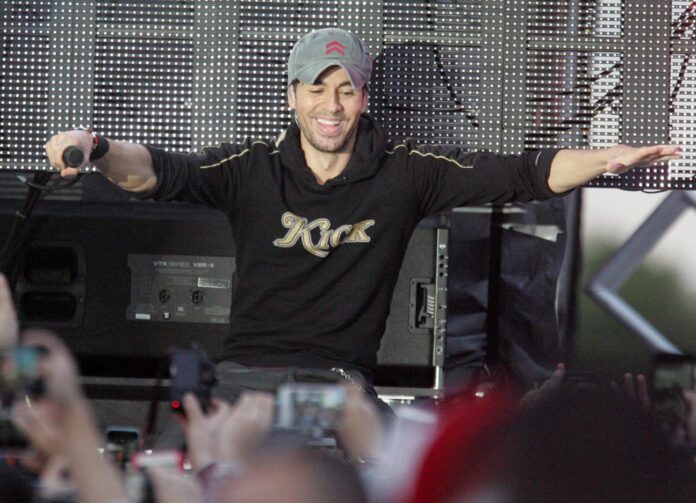 McALLEN — Once Enrique Iglesias finished his performance at McAllen High School’s football stadium in 2015, a smattering of sushi and sashimi waited backstage.

There were 48 beers on ice — Heineken and Corona; and there were 10 pizzas — two vegetarian, four meat and four cheese. That was only after the show. Beforehand, Iglesias was served two dinner plates, including a steak cooked medium.

Iglesias also requested that his dressing room was stocked with two washed king-sized white sheets, which were “EXTREMELY IMPORTANT;” 36 500 mL bottles of room temperature spring water — “Fiji only;” one bottle of aloe juice with pulp, and if city officials didn’t know what that was, they were instructed to “ask for clarification;” one bottle of aloe juice without pulp; and three bottles of vodka, including one of the brand Ketel One — “NO SUBSTITUTES.”

These were but a handful of Iglesias’ lavish requests for his December 2015 concert at the stadium to kick off the McAllen holiday parade, funded by McAllen taxpayers. City officials for four years had been able to conceal these details described in the contract. No longer.

The contract, which revealed that the city paid Iglesias $485,000, was released by the city on Tuesday following the Jan. 1 implementation of a new law that stemmed from legislation passed in the 2019 Texas Legislature. Previously, a 2015 Texas Supreme Court decision allowed public entities to hide from the public information about how taxpayer dollars were spent on outside contracts.

The city also released the contract on Tuesday to other inquiring news outlets in South Texas and across the state, many of which published stories on the matter.

McAllen’s dealings with Iglesias became notorious across the state for transparency in Texas government, according to Kelley Shannon, executive director of the Freedom of Information Foundation of Texas.

“This really was one of the most egregious examples,” Shannon said.

This new law closed the loophole in the Texas Supreme Court ruling, which led McAllen to release the Iglesias contract on Tuesday following a Texas Public Information Act request.

“I think what happens is that too many times, people are cautious and concerned about letting taxpayers know how they spend their money,” state Sen. Juan “Chuy” Hinojosa said. “I always support public records being public and I think the public should know how their tax dollars are being spent. I’m glad the city of McAllen finally revealed to the public how much they spent on Enrique Iglesias.”

Shortly after it was revealed in early 2016 that the city lost $765,000 on the parade and that the city would keep the Iglesias contract a secret, McAllen Mayor Jim Darling admitted that the city made a mistake and would not do so again. He reiterated that on Wednesday.

“I didn’t know about booze and all that back then,” Darling said. “We didn’t see all the details like that.”

They didn’t see details in the contract like the dessert selection — “pre-packaged cookies are not ok;” the breakfast spread, which included peanut butter — crunchy only; and a “juicer with a huge, plentiful selection of fruit and vegetables.”

But Darling said he and city commissioners gave city staff “the green light” to execute the contract. Darling also said the city considered hiring pop star Bruno Mars for the event, but his $750,000 price tag was too high.

Since the 2015 parade, the city has stayed out of being a promoter and has used sponsors to help pay for much of the event.

“I would never get in the promotion business again,” Darling said. “That’s the major lesson we learned.”