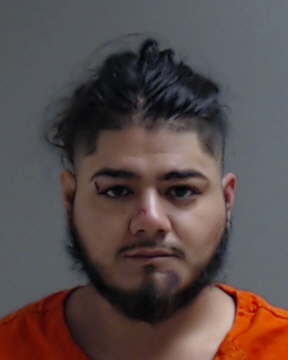 Those were Noel Jesus Valenzuela Jr.’s last words, as he gasped for air lying face down inside the lobby of a Motel 6, as police officers arrived to find him suffering from two gunshot wounds after an argument in the parking lot, according to a police report obtained by The Monitor.

Valenzuela was transported to a hospital where he later died from his injuries.

Upon arrival at the Motel 6 near the 1500 block of East Eighth Street, officers interviewed at least one eyewitness who claimed to have seen the shooting, a motel employee who conveyed that Valenzuela was moved from one motel room to another, after complaining of the tenants in the adjacent room.

The employee confirmed this room was being used by several people, including 23-year-old Vicente David Coronado.

The employee told the officer that earlier Monday morning, between 9:30 and 10 a.m., about an hour before the shooting, Coronado complained to the front desk of having been robbed the night before.

Coronado was advised by the employee to call the police, to which Coronado told him “he could not call the cops for obvious reasons,” but that “they already knew who it was,” and that “they are going to take care of it,” the report stated.

The employee said that just minutes before shots rang out in the parking lot, Valenzuela came into the lobby and complained of several men wanting to “beat him up.”

Moments later a bloodied Valenzuela collapsed inside the motel’s lobby.

The eyewitness told police she saw Valenzuela arguing in the parking lot with a man with long hair, ponytail and a full beard, before the man shot Valenzuela twice in the chest area.

She watched as the man fled on foot.

Minutes later, after a brief foot chase, police located a man fitting the description, later identified as Coronado, who was also staying at the motel.

Back at the station, Coronado told investigators he shot Valenzuela after an argument between the two.

Coronado, in addition to the murder charge, faces an evading arrest, and possession of marijuana charge.

He remains in custody at a Hidalgo County jail, on a more than $1 million bond, and outstanding warrants related to pending felony charges, specifically sexual assault of a child charges, records show.

If convicted of the murder charge, Coronado faces up to life in prison.