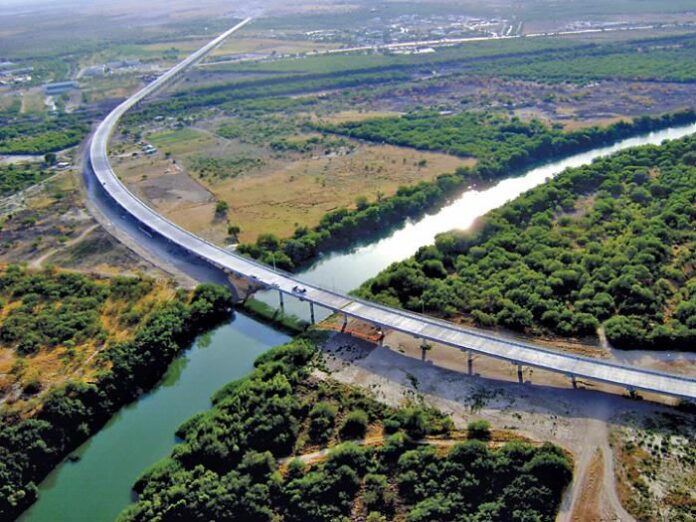 McALLEN — Mayor Jim Darling stared into the distance and shook his head. He took off his glasses and rubbed his face.

A city engineer had just told the board of directors for the Anzalduas International Bridge at their monthly meeting on Monday that the design and environmental study for commercial traffic at the bridge would take 12 months.

Darling then asked the engineer what coordination there needs to be with Mexican officials about the process for commercial implementation.

“That’s something we didn’t discuss,” the engineer said.

It was yet another frustrating delay for Darling and city officials who have made bringing commercial cargo traffic to the bridge a priority. The bridge, which opened in 2009 for passenger vehicles, began allowing empty commercial trucks to cross southbound into Mexico in August 2016 with the intention of eventually becoming a full-service commercial bridge with loaded trucks traveling north and south.

The plans haven’t gone smoothly. McAllen City Manager Roel “Roy” Rodriguez said before the 86th Texas State Legislative session earlier this year that the bridge was the city’s top priority heading into the legislative session, but Rodriguez, Darling and others have expressed frustration at the lack of assistance from state and federal agencies.

The bridge has seen a steady growth of truck traffic since it first opened, but 2019 has been a setback, with truck numbers down every month — with March, April and May having seen a more than 50% drop from the previous year.

Darling at Monday’s meeting asked about passenger buses traveling over the Anzalduas bridge.

“What would it take to get that?” Darling said to other bridge officials and officers with U.S. Customs and Border Protection, who are also on-hand at the board meetings.

“The opportune time to do it would be right now,” CBP Port Director Carlos Rodriguez said.

But the city had not planned for that in the immediate future.

“I’m sure we’d pick up some bridge traffic,” Darling said.