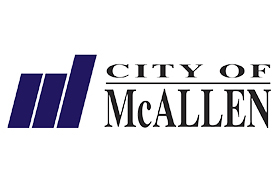 City officials had estimated the construction would cost roughly $19 million. Texas Cordia Construction, LLC., of Edinburg, submitted a $12.6 million bid that surprised city officials to the extent to City Manager Roel “Roy” Rodriguez recommending to city commissioners at a commission meeting on Monday to vote on the contract not by indicating “yes” or “no.”

“Our recommendation is going to be applause,” said Rodriguez, smiling.

The measure was approved unanimously.

When the city received the bid in August, Rodriguez called it “ridiculously low” and “It’s the kind of project contractors love” because there is no traffic to deal with, Rodriguez said, just open land.

The city money for the project will come from a 2013 bond election that voters approved for street improvements. The extension of Bicentennial Boulevard was originally slated to squeeze from four lanes to two lanes between Trenton and State Highway 107.

Instead, years after the bond election, the city received unexpected federal and state funding options that will make Bicentennial Boulevard a continuous four-lane road that will begin at the McAllen International Airport and end at State Highway 107.

The southern stretch of Bicentennial Boulevard that crosses U.S. Highway 83, however, has been out of operation as the overpass is in the process of changing into an underpass. The Texas Department of Transportation said it expects to complete its 3 miles of construction on the expressway by the fall of 2020.