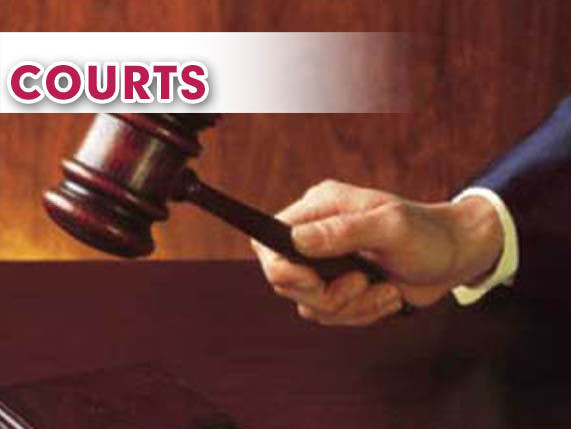 McALLEN — A local hotelier who was arraigned in federal court Wednesday stands accused of conspiring with former Weslaco city officials to obtain favorable agreements in connection with a Mid-Valley hotel development.

McAllen resident Sunil Wadhwani, 56, was brought before U.S. Magistrate Judge Juan Alanis Wednesday afternoon to be arraigned on one count of conspiracy to commit honest services wire fraud. “In the course of trying to get a loan … you bribed various individuals,” Alanis said as he recited a summary of the allegations against the Wadhwani.

The allegations come after a months-long investigation by the FBI — an investigation Alanis said Wadhwani was aware of for the past several months.

According to a copy of the criminal complaint, which was unsealed Wednesday, investigators believe Wadhwani conspired with others to funnel incentive money from the Economic Development Corporation of Weslaco to several people, including at least one then-city commissioner who was also a member of the EDC board of directors.

“(T)he bribes were paid in order to ensure the commissioner’s votes before the Economic Development Corporation and the City Commission in obtaining the development agreement and its favorable terms,” reads a statement released by the U.S. Attorney’s Office Wednesday.

Too, an associate of Wadhwani identified in the complaint as “Person A” allegedly exchanged emails with “Person B” regarding the scheme. Person B, according to the complaint, is currently “under indictment for another bribery scheme occurring with other Weslaco City Commissioners…”

The criminal complaint goes on to detail a complex series of decisions perpetuated by the EDC and the Weslaco City Commission over the course of nine months that seems intended to ensure a $300,000 payout to Wadhwani in two lump sums of $150,000.

According to the minutes of a Feb. 19, 2013 commission meeting, the commission appointed Commissioners Gerardo “Jerry” Tafolla, Joe A. Martinez, Lupe V. Rivera and David R. Fox to the EDC board. The motion was made by then Mayor Pro-tem John Cuellar and seconded by Rivera.

Two months later — in April 2013 — Wadhwani’s associate began to email Person B that Wadhwani was interesting in building and operating a Motel 6 in Weslaco. That same month, Wadhwani submitted an incentive application with the EDC requesting $300,000 as an incentive on the $3 million project.

Wadhwani allegedly needed the incentive money to help secure a $2.83 million bank loan to fund the construction. The bank had informed the hotelier that the loan was “contingent upon the borrower providing proof of $150,000 in funding from the City of Weslaco prior to closing,” and that the city money must be used before the bank would advance its funds.

Wadhwani, operating as a representative of a company called the Sarina Group Ltd, presented his hotel proposition to the EDC in May 2013, where Commissioner A made a motion to approve the $300,000 incentive.

However, the hotelier was later informed that the funds would be disbursed in $50,000 increments over a five-year span, contrary to his original request for two lump sum payments of $150,000. As a result, his associate, the so-called Person A, emailed the then-EDC executive director asking for the two lump sum payments.

One month after the revised terms were mailed to Wadhwani — on June 28, 2013 — the city commission removed the EDC director.

According to Monitor archives, Hernan Gonzalez, who had been the executive director, was forced to resign from the EDC on June 28, 2013. In his stead, Alicia Aguilar was appointed the interim executive director.

In August 2013, the EDC revised the incentive payout timeline again, this time promising Wadhwani $150,000 once the hotel’s concrete foundation had been poured, and the remaining $150,000 when it received its certificate of occupancy.

Just a month after that — on Sept. 30, 2013 — Aguilar was also removed as the interim executive director and was instead reinstated to her previous position of director of business retention and marketing agent, Monitor archives show.

The criminal complaint against Wadhwani also notes the removal of the EDC’s interim executive director on the same date.

Ultimately, Wadhwani and the EDC signed the hotel development agreement in early December 2013, with Wadhwani signing on behalf of a company called “Nolana Self Storage LLC.”

The complaint also alleges the bribes were facilitated through Person B to another individual, Person C, as payment for consulting services to Nolana Self Storage. According to the consulting agreement between the two companies, Nolana Self Storage agreed to pay Person C $75,000, though Person C said the document was not executed, the complaint reads.

Monitor archives show that the motel development had raised concerns at the time, even before the deal was finalized.

At the same September 2013 meeting that Aguilar was removed as interim executive director, EDC board member and city commissioner David Fox had raised concerns that several in-the-works EDC projects had become public knowledge before negotiations were complete.

Fox specifically mentioned a $300,000 incentive for the Sarina Group, The Monitor reported. There had been an underlying insinuation that Aguilar had leaked the information, though The Monitor reported that it had connected the dots between an unexplained EDC budget line to the Sarina Group from City Commission meeting minutes and not from EDC staff.

Aguilar’s removal was supported by the other commissioners on the EDC board, the newspaper reported. The following month, the Commission again voted to revamp the makeup of the EDC board, reducing its number from seven directors to five.

The second shakeup occurred during a controversial meeting where Cuellar, as mayor pro-tem, had ordered the removal of every member of the public from the meeting. The city later got in hot water over the move, which was later prosecuted as a violation of the Texas Open Meetings Act.

Former Commissioner Fox was also recently been named as part of the bribery scheme when it was announced Monday that he had pleaded guilty to perjury. According to federal prosecutors, Fox lied to a federal grand jury in November 2018 when asked if he had received any money or benefit “in connection with casting a vote as a member of the Weslaco City Commission.”

Fox told the grand jury “no,” but later admitted he had received at least $2,000 in bribes he believed were meant to influence his votes on the commission.

At the conclusion of the arraignment, Judge Alanis gave Wadhwani — who turned himself into authorities at 7 a.m. Wednesday — a $50,000 unsecured bond, assuring the hotelier that he would be released on bond the same day.

Wadhwani’s defense attorney, Michael Wynne, argued that his client was not a flight risk, pointing to the fact that Wadhwani had extensive family ties and support in the Rio Grande Valley. His sister and brother-in-law had traveled from Laredo to attend the arraignment, Wynne said.

Wynne also asked for consideration of Wadhwani’s diagnosed anxiety and claustrophobia. Alanis said that U.S. Marshal’s officers would take that into consideration as best they could. The judge also gave Wadhwani permission to travel out of town to attend a grandson’s birthday.

He’s not scheduled to return to court until Oct. 24.

The EDC released a statement after news broke of Wadhwani’s arrest. “Neither of the seven (7) current EDC Board of Directors or myself as the Executive Director were either employed by the EDC of Weslaco or appointed to the Board of Directors at that time,” wrote current Executive Director Marie McDermott. “We continue to cooperate with the investigation and are committed to serving the needs of our growing community.”