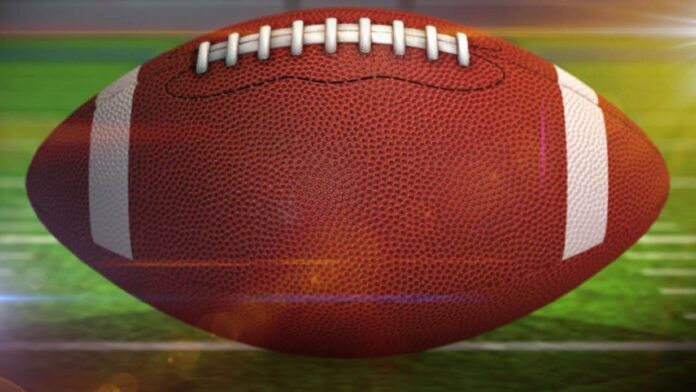 LA VILLA — After a sluggish start and a case of the butterflies, Santa Maria settled in and rode the ground game of running back Eric Castellanos and quarterback Nathaniel Rodriguez to end a more than 10-year drought to the Cardinals with a 36-0 win Friday night.

“It was exciting, and these kids really wanted it,” Cougars coach Israel Gracia said. “In the first half the kids came out a little shell-shocked, but in the second half the kids left no doubt, and they played well.”

Santa Maria notched its third win of the season and improve to 3-1 on the year before a date with Progreso next Friday. But Friday night’s win was not only historic, it was one the Cougars can build on moving forward.

“I had been looking forward to this game all week,” Rodriguez said. “This game means so much to us, and we all put in the work this week. As a senior, this win means so much. I had never beaten La Villa in my time here. This is the one we needed to build the confidence for these kids. I feel this win can be the turning point for us.”

Santa Maria led 7-0 at the half after Rodriguez hit Bernie Castellanos on a 10-yard touchdown. While the first half was shaky, the Cougars flipped the switch during the second and their defense forced four second-half turnovers.

“We made a little bit of adjustments, but it was more a mental thing from the kids,” Gracia said. “This is a rivalry game, and we woke up in the second half.”

Rodriguez put Santa Maria up 14-0 on a 14-yard touchdown run with 8:18 left in the third quarter. On the next Cardinals possession, the Cougars recovered a fumble and executed on a QB sneak from Jesse Ortiz to go ahead 22-0.

Rodriguez and Castellanos were a threat all night on the ground. Rodriguez, who plays defensive tackle and is the team’s backup, had himself a night, throwing for a touchdown and running for one more score.

“(Rodriguez) is a threat back there in the backfield, and we felt against La Villa tonight he made a difference for us. He did well.” Gracia said.

La Villa heads into Week 6 still in search of its first win of the season. The silver lining is that the Cards kick off district play next week against Woodsboro.

“I was proud of the kids, and we put the district on notice,” Gracia said. “Now we are going to have a bull’s-eye on our back. We are going to enjoy this one and get ready for the next one.”