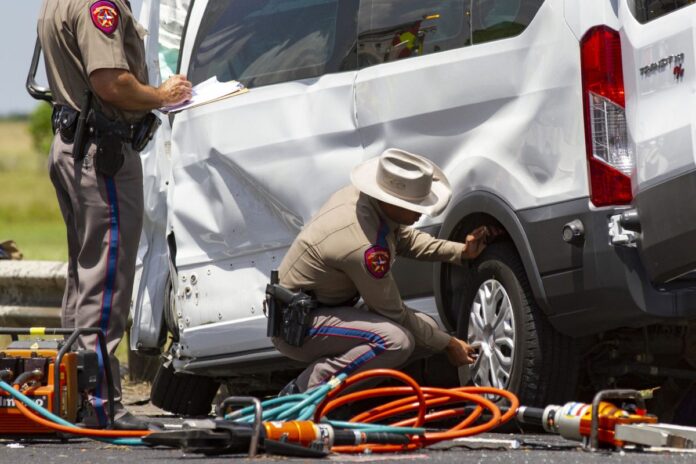 A Texas Department of Public Safety crash report on a three-vehicle accident near Victoria that left five Brownsville residents dead indicates the accident occurred when the van driver “disregarded the traffic control devices” in the area and collided head-on with another vehicle.

The van’s driver was Nora Gabriela Chavez, 42, a Brownsville Independent School District teacher, who was killed in the accident. Also killed in the crash were her husband Oscar Chavez, 45; Adrian Leal Rodriguez, 47; Sebastian Rodriguez, 6; and Camila Rodriguez, 11.

They were all in the van driven by Chavez and died at the scene July 20 on U.S. 59 near Victoria.

The Chavez and Rodriguez families were traveling to Galveston from Brownsville to go on a cruise ship.

According to the report, Chavez was driving north on U.S. 59 in the left lane and “disregarded traffic control devices” that alerted drivers the lane was going to end and motorists should merge right. There was also a lane advisory sign on the roadway.

This caused the front part of Chavez’s van to crash with the left tire of a freightliner, which in turn caused Chavez to lose control of the van, the report indicates. Chavez’s van “traveled across the center grassy median dividing US 59 North and Southbound lanes” and collided with another vehicle, a Ford truck, according to the report.

“Video evidence from a Truck Tractor traveling SB behind U4 was obtained and viewed corroborating evidence on the scene and from witnesses,” the report stated.