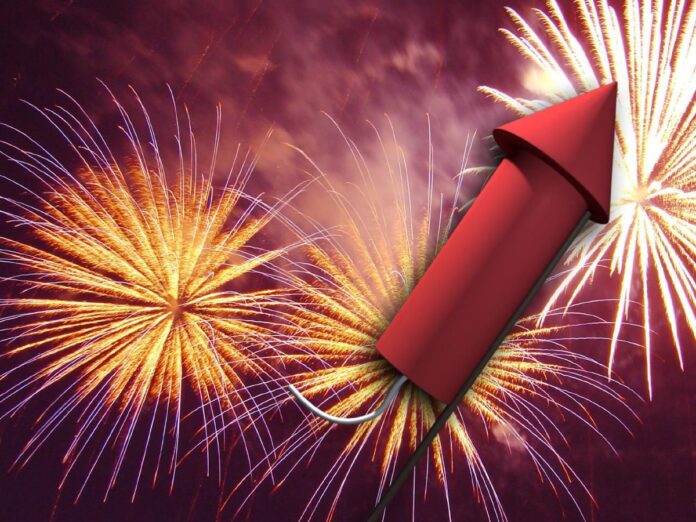 EDINBURG – With Independence Day celebrations just around the corner, residents are busy buying fireworks at stands across the Rio Grande Valley. Well, at least not until Thursday.

Jessica Castillo, 45, has managed a Valley Fireworks stand for about 17 years with her family. While working the stand on Monday, however, she said the rush doesn’t actually come until the Fourth of July.

“Everyone waits for the last minute,” Castillo said.

Still, it seems the Valley does enjoy its fireworks. Within half a mile of each other on FM 107 in Edinburg, three separate firework stands are operated by different owners and families. Two of those stands are Valley Fireworks.

At the last stand, a Mr. G’s Fireworks, Joshua Cadena, 18, helps his uncle sell items. He said most of the customers focus on buying items for their children, asking what will be safe and easy to use.

According to the United States Consumer Product Safety Commission (CPSC), there were at least five fireworks-related deaths during 2018. CPSC also reported an estimated 5,600 fireworks-related injuries were treated in U.S. hospital emergency departments during a one-month study period from June 22 to July 22, 2018.

“We want to do what we can to protect Hidalgo County residents from that,” Franz said.

The fire marshal added that the most important safety tip is to not consume alcohol while using fireworks.

“Alcohol and fireworks do not mix,” Franz stressed.

Franz also said to read warning labels on fireworks and use accordingly.

“Have water handy,” Franz added. “Don’t set [them] off near something that’s combustible.”

Franz warned that shooting guns in a celebratory fashion is a criminal offense. Such use of a weapon is known as “deadly conduct.”

As for Castillo and her family, they’ll be too busy selling fireworks all day to have a chance to follow Franz’s advice.

Castillo’s daughter-in-law, Samara Salinas, 22, said their family will likely work from 9 a.m. to midnight on Thursday.

Castillo said this will be her family’s last season managing a fireworks stand. Then again, the family has also said that for the past 16 years.

“It’s hard work, but we all do it together,” Castillo said.