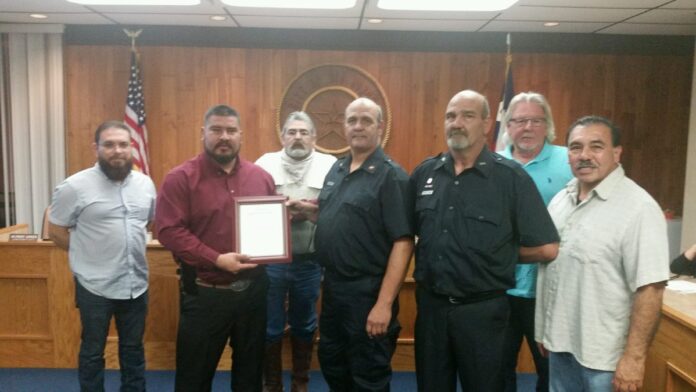 The mayor and city commissioners presented the donation of the off road truck at the Rio Hondo City Commission meeting on Jan. 8.

Olivares said the city of Rio Hondo has been extremely fortunate to have obtained new equipment and hopes to continue to help its neighboring communities and protect the residents of Cameron County.

The Ford F550 crew cab brush truck has the capability of carrying 650 gallons of water.

“We received a grant last year for a new brush truck,” said William Bilokury, Rio Hondo emergency management administrating chief. “We retired the old one and put the new one in service.”

Bilokury said the Arroyo City fire department did not have a brush truck.

He said the brush truck allows firefighters the ability to get into a lot of areas to fight fires.

“They were very excited to receive the gift,” Bilokury said. “It’s not brand new but it will definitely service them well.”