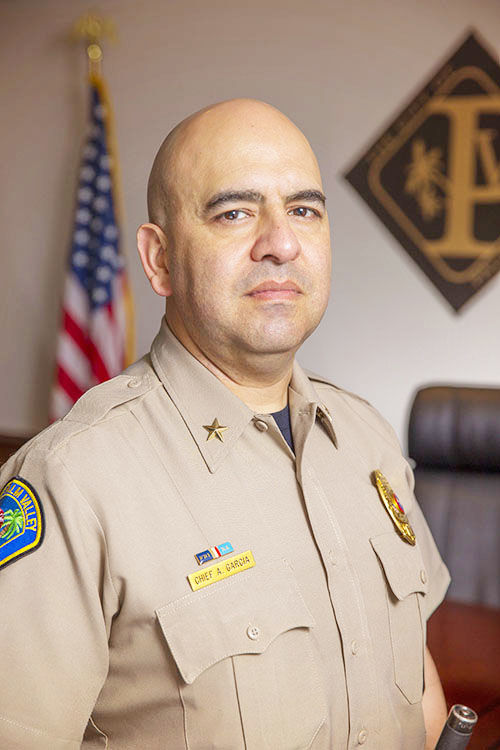 The majority of the City Council agreed and voted last night to bring Garcia back on the job.

The decision came an hour after the Palm Valley mayor and council members entered into executive session to discuss the future of Garcia’s position as chief of police.

Garcia had been on personal leave since being arrested last month on three counts of tampering with government documents.

“The basic tenant of the constitutional right is the presumption of innocence until proven guilty,” Taylor said. “I personally and as a member of this council have a hard time taking someone’s job away that has just been accused of a crime and not been convicted.”

A multi-agency investigation by the Texas Commission on Law Enforcement, Texas Rangers and the Cameron County District Attorney’s Special Investigations Unit resulted in Garcia’s arrest on Nov. 27 at his office.

“He’s a straight arrow,” said Bill Elmer, a Palm Valley resident. “You don’t fire someone because he was arrested, you fire them because they were convicted.”

Elmer was one of the more than 20 supporters in the audience who erupted in cheers after the majority vote to bring Garcia back to work.

Taylor said the chief has done an excellent job.

“I have not seen in my opinion anything that would warrant us getting rid of him,” Taylor said.

Mayor George Rivera is still concerned about the chief’s arrest, but happy he is back on the job.

“It puts the city in the spotlight,” Rivera said about Garcia’s arrest. “But we are not a judge or jury.”

Rivera said it came down to making a decision to bring him back immediately or look for another chief.

“The council made the right decision,” Rivera said about bringing Garcia back.

Garcia sat quietly in the back of the council chambers with his wife at his side during the meeting.

Garcia said he explained the allegations against him to the council in executive session.

Garcia said the allegations are a continuation of the situation he was cleared of last summer revolving around officers taking online classes.

Garcia has held positions with TCOLE officer training since 1998.

He did not comment any further on the investigation against him.

“I will be back to work, and we will move on from here,” Garcia said.

His wife Jennifer Garcia said she was grateful the council was in favor of bringing her husband back to work.

“The city needs leadership and we are ready to move forward with whatever we need to do to conquer these hurdles,” she said about the allegations against her husband.