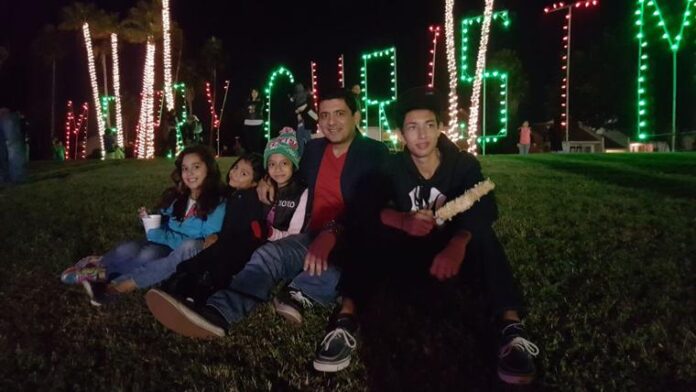 HARLINGEN — It’s a tradition that goes back generations.

The Lighting of the Arroyo and Jaycee downtown Christmas parade bring families together to celebrate the holidays and kick-off the Christmas sprit year-after-year.

The public is invited to enjoy the 32nd Annual Lighting of the Arroyo Festival and the annual Jaycees Christmas Parade featuring “T’was the Night for Christmas Movies.”

The Lighting of the Arroyo Festival is scheduled for Thursday, December 6 at McKelvey Park from 6:30 – 9 p.m.

Those who attend will enjoy live performances, food, a visit from Santa and Mrs. Claus and the official lighting ceremony.

The fun continues on Friday, December 7 with the Jaycees Christmas Parade at 7 p.m. along Harlingen’s Historic Jackson Street between 4th and E Streets.

People are encouraged to bring their lawn chairs to watch the parade, which runs west starting at 4th Street. The parade will then turn left on E Street then again at Van Buren where it will end at the railroad tracks.

Former NFL star Roberto Garza will be the grand marshal of his hometown Christmas parade.

“He is one of our favorite sons,” said Rosemary Garza, Rio Hondo Christmas Parade planning committee member. “We are very proud of Mr. Garza and all that he has accomplished in the NFL and his daily life.”

The City of Rio Hondo will hold its annual holiday parade to the theme “Celebrating a Small Town Christmas Parade” beginning at 6 p.m. Wednesday evening.

The parade is filled with marching bands, school group and floats.

The top three floats are expected to win trophies.

It is held on Colorado Boulevard and begins at the Dollar General then heads toward city hall.

Afterwards there will be Christmas festival in the parking lot of the Rio Hondo Baptist Church where there will be food, music, face painting for the children and the chance to take a picture with Santa Claus.

Garza was born and raised in Rio Hondo and played pro football with the Atlanta Falcons and Chicago Bears.

“We are very proud to have him as our grand marshal this year,” Garza said.

32nd Annual Lighting of the Arroyo

City of Los Fresnos and Chamber Christmas Parade and Festival