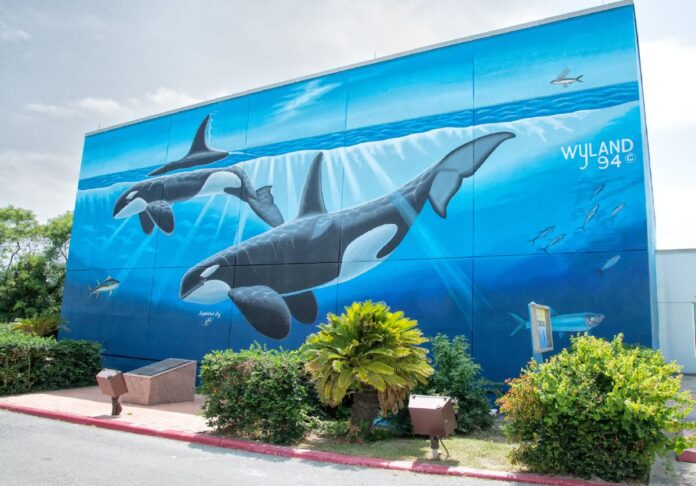 SOUTH PADRE ISLAND — The plastic bag ban appears to be stuck in limbo on the Island, but some local stores are voluntarily not using plastic bags.

Ship Shape Island retail store and Blue Marlin Supermarket want to do what’s best for the environment and are volunteering not to use plastic bags in their stores.

The stores made the decision even though buying paper bags costs more money than plastic bags.

“It’s certainly better for the environment,” Meschi said. “I know it costs my company more, but at the same time, I’m doing whatever it takes to save the sea turtles and a lot of other marine life.”

Ship Shape owner Liz Money said her store has paper bags, but still “tries very hard not to use bags at all.” She’s noticed that a lot of people bring their own bags.

“Basically, we try not to offer any bags because people just throw them away. So it’s silly. So, we try to give people their clothing or whatever without a bag,” Money said.

Money thinks “it’s being responsible” to voluntarily not use plastic bags, even if it costs more money.

“Yes it costs more money, but so do business cards and all the other things that we do to promote our businesses,” she said.

“You have business cards, you advertise, you make flyers, we talk on the internet. We do all of those things to try to promote our businesses, but by the same token, you don’t have to litter. If I can stop it somewhere, it’s good that I can stop it here,” Money added.

She hopes that a lot of people will do the same and voluntarily not use plastic bags in their stores.

What happened to bag ban laws?

In June, the Texas Supreme Court struck down a Laredo ban on plastic bags and ruled unanimously that a state law on solid waste disposal pre-empted the bag ordinance.

The ruling effectively rendered all such bans in the state unenforceable.

“We failed to repeal it because we had a three to three tie vote. So we’re leaving it in place, but we cannot enforce it,” Mayor Dennis Stahl said in an interview after the meeting.

“It is a small community and we hope that in this community we still get compliance from everybody.”