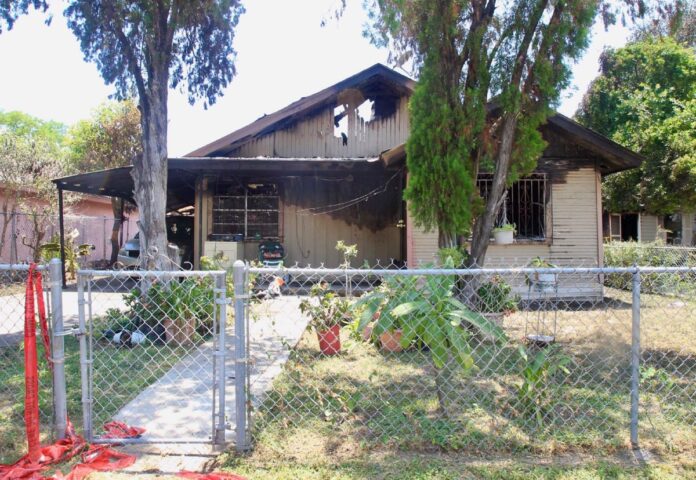 The fire broke out at a home on Date Palm Avenue and North 22nd Street at approximately 3:39 a.m., said Assistant Chief Jim Schultz, and involved a total of four residences. Fire Chief Rafael Balderas has confirmed that three of these homes burned down, displacing 13 residents.

Two children were pulled from the house before firefighters arrived, according to McAllen Fire Departments officials. Three children required medical assistance for smoke inhalation and have been released from the hospital.

Investigators are on the scene and a cause of the fire will likely take days to determine. An autopsy is scheduled for Wednesday.

This is the second deadly fire in the upper Valley in nine days. On Sunday, July 22, three people were killed in a house fire near Mile 9 Road and Bentsen Palm Drive in Mission.

The victims in the Mission blaze were identified as Maria Izabel Maldonado, 37, her 5-year-old son Gustavo Maldonado and 15-year-old Johnathan Palomarez, a family friend from La Feria.