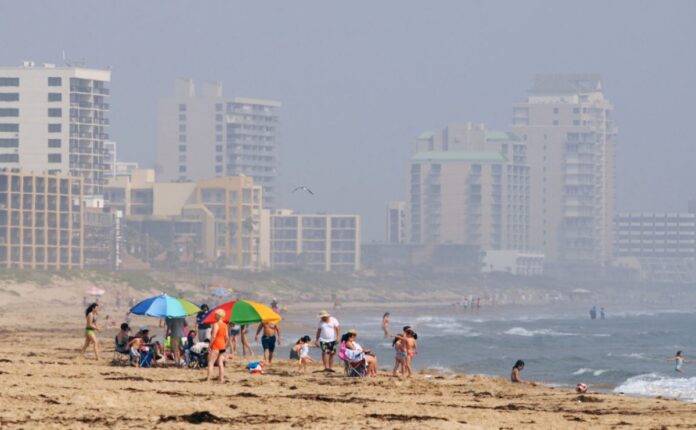 There wasn’t much flooding on the Island, but despite that, city leaders are going to host a meeting to discuss its Drainage Master Plan.

“The development of the Master Drainage Plan can minimize the potential for flooding in the event of a storm,” said Darla Jones, South Padre Island assistant city manager. “Drainage issues affect neighborhoods, businesses and the entire community.”

Locals will have the opportunity to voice any drainage issues or concerns they’ve noticed on the Island at the meeting Wednesday.

The plan analyzes the city’s drainage infrastructure and assesses the city’s capabilities to promote growth and adequately drain storm water.

Along with the informal open house, consultant Kimley-Horn will identify drainage issues and propose solutions at the meeting.

“It’s a really good meeting to not only be informed, but to let your voice be heard and to be a part of this plan, so that they can be part of the solution,” said Angelique “Nikki” Soto, South Padre Island public information officer.

“For instance, if my house had drainage issues, I would let the city know about it. I would come to the city and let them know, ‘Hey, I’m having an issue,”’ she added.

The Master Drainage Plan will be “added into” the Comprehensive Plan which looks “at the future development of the Island and will also include the Parks Plan and Shoreline Master Plan.”

“The Comprehensive Plan is a reference guide for the future of the island and how we’re going to build and implement areas and development,” Soto said. “So, we’re hoping that will be out after September.”

The last drainage study the city conducted was in 1983.

“There’s not really a protocol [for how often the city should conduct these studies, but] typically every 10 years they look into each of their plans.” Said Carlos Sanchez, South Padre Island public works director. “The drainage pipes are probably from the late 70s to early 80s.”

“The development of the Master Drainage Plan can minimize the potential for flooding in the event of a storm,” South Padre Island’s assistant city manager Darla Jones stated in a press release. “Drainage issues affect neighborhoods, businesses and the entire community.”