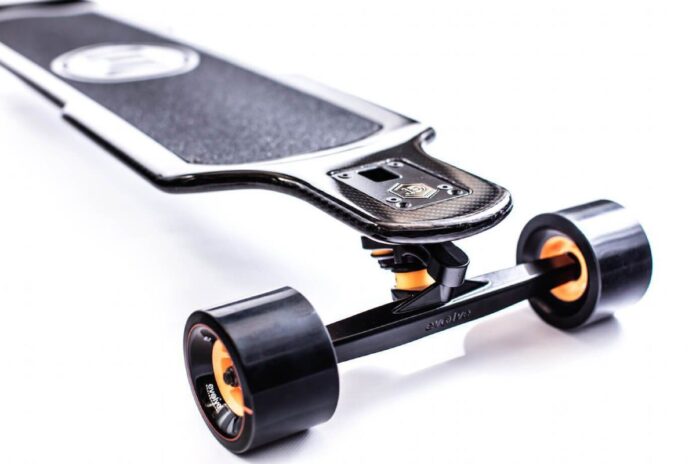 SOUTH PADRE ISLAND — Whether you enjoy skim boarding, skating, or are interested in listening to live music, there will be two skate park fundraising events this week on the Island.

If you’re a pro skim boarder and have mastered all the tricks or whether you’re a beginner who wants to learn, there’s a free fundraiser that’s riding a wave into this weekend.

For the past seven years, 21-year-old, Garrett Forthuber organized South Padre Island’s Skim Jam contest. But this year, Forthuber decided to change things up and turn it into a fundraiser for a skate park on the island.

South Padre Island officials have been planning to build a skate park in Tompkins Park for close to 10 years now. However, funding is still in progress. The South Padre Island Economic Development Council donated $100,000 toward the project. Five months ago, the City of South Padre Island created a Go Fund Me page to raise $40,000 to fund a bowl or half pipe in the skate park. So far, the page has raised $7,270.

Skim boarding is a sport that starts on the beach. First, you drop the board onto a thin wash of previous waves and then you’ll glide across the water’s surface to meet an incoming breaking wave and ride it back to shore.

Instead of contestants competing against each other like they have in previous years, participants are going to try to land tricks. Sponsors of the event will donate money for each trick that is successfully completed. Contestants can only complete each trick once, but can do as many tricks on a lift as they can.

On a scale, as the amount of money increases, it is more likely the tricks will become progressively more difficult to complete.

Forthuber assures that everyone is welcome to participate in Skim for a Cause. It wasn’t designed only for people who are skilled and experienced in skim boarding.

“We’ll have extra boards and people on hand ready to give lessons and teach new skim boarders how to skim,” Forthuber said.

“A Shuv-it is usually one of the first tricks that people learn and it’s one of those tricks that gives you a good feeling when you land it for the first time,” Forthuber said in a phone interview.

“It’s when you flip the board around and you land on it and the board is essentially going backwards. I’d say that’s my favorite,” Forthuber added.

The money raised from this event will be donated to the SK8 SPI nonprofit organization that has been trying to help South Padre Island build a skate park.

“From what I’ve estimated, I think we could reach about $2,000 to $3,000 from this event which would be awesome,” added Forthuber.

There’s an event tonight at Louie’s Backyard for people who are interested in helping the island raise money for a skate park. The event will have food and live music, but most importantly contributes to a local cause.

This evening, SK8 SPI is hosting a fundraiser to raise money to create a skate park on the island. There will be live music by the Connectors and Leslie Blasing. Tickets are $20 and can be purchased at the door. There will also be a raffle and auction items the community has donated.

Island Native Surf House Shop Owner and Sk8 SPI President, Kerry Schwartz said parents at his store always ask, ‘What else is there to do for the kids other than going to the beach and swimming pools?”‘

He said one item that’s always requested is a skate park and believes that it would be a great amenity to add to the island, especially for the kids.

“Too often we’re building structures and buildings and event centers and all of that for the adults and the kids are always left behind,” Schwartz said in a phone interview.

“South Padre Island has a brand new park, Tompkins Park and we already have some kids’ playgrounds, but we want activities for the kids and provide them with a great, safe environment and participate in a physical activity and have fun,” Schwartz added.

Schwartz is looking forward to community participation and believes this is an opportunity for people to make this skate park a reality.

“It is imperative that we not only get support from the island, but also from our surrounding communities. Everybody who lives in the valley comes to the beach and they’ll be able to participate and take advantage of the skate park,” said Schwartz.