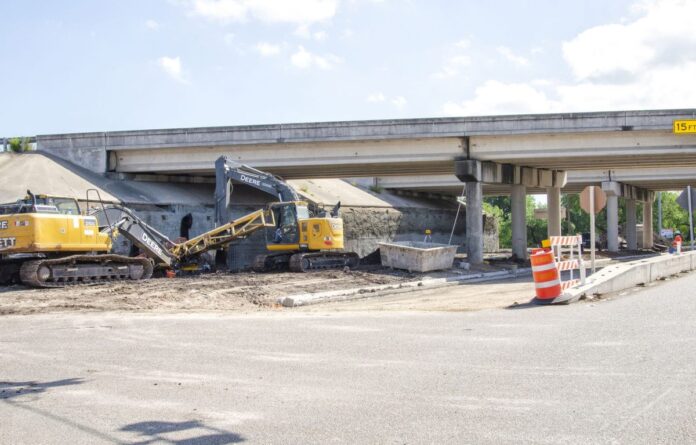 The road goes on forever,

And the party never ends.

As for the party, well, the tab for that over the next couple of decades could total $3.3 billion to expand, rehabilitate and extend our highway system to meet the challenge of 1.5 million Valley neighbors becoming 2.5 million.

“Twenty-forty is just around the corner,” TxDOT Pharr district engineer Pete Alvarez said last week. “I’ve been with TxDOT now for 23 years, and it seems like just yesterday when I started. … As we move forward I hope we are all aware of how fast we’re growing, how we are competing with the rest of the state.

“How can we get more projects ready? How can we be on the cutting edge, if you will, to request additional funds?

“With all due respect, everybody — including us, we’re to blame here, too — it’s not good enough. We cannot have a dividing line in Cameron County, Hidalgo County, a dividing line and we don’t speak to each other as to what’s happening with the traffic.”

Unlike most areas of the United States with one million-plus populations, the Rio Grande Valley’s traffic problems are complicated by the fact transportation planners can’t just loop things south to relieve congestion on the busiest east-west routes.

Currently the Valley has two major east-west corridors in place, Interstate 2/U.S. Expressway 83 and U.S. 281, or Military Highway, right on the border.

“Interstate 2 as you well know is three lanes in each direction, and there are times of the day it is jam-packed,” Alvarez said. “And if you travel it on the weekends, there’s no relief on the weekends. In fact, it may be even more, it seems like.

“Interstate 2, although it is serving a good amount of capacity today, it will not be able to sustain the additional one million people we are going to get in this general area,” he added.

The most ambitious part of TxDOT’s future planning for the Valley is an east-west artery to the north, which would link a second access to South Padre Island to newly rehabilitated FM 106 into an Outer Parkway which would follow on or along FM 1925 past Rio Hondo, Combes, Santa Rosa and Edcouch.

That would link with a project called the Hidalgo County Loop, a plan to ensnare the cities of McAllen, Edinburg and Mission inside a vast freeway oval to allow motorists to bypass potential congestion spots.

“We needed to provide some sort of relief for this general area so Hidalgo County RMA (regional mobility authority) has identified what is commonly referred to as the Hidalgo County Loop,” Alvarez said. “The focal points are this project right here which is Toll 365, and it’s still being evaluated as to whether or not that part’s going to come to reality,

“You have IBTC (International Bridge Trade Corridor) over here that interconnects basically from Pharr all the way to the Donna-Weslaco area,” he added. “State Highway 68, which TxDOT is taking the lead on, will provide relief for I-69C. This is expected to carry approximately 51,000 vehicles a day in the future.”

Additionally, the TxDOT long-range plan sees the possibility of building a future interstate corridor from the northwest shoulder of the Hidalgo County Loop nearly straight west to Rio Grande City.

For the most part, residents of Harlingen, San Benito and Brownsville don’t have to endure the sometimes nightmarish traffic problems occurring daily at some spots on the McAllen area’s freeways.

In Cameron County, Alvarez warns that unless steps are taken now, “we’re going to be in a position of additional congestion.”

“So how do we interconnect Cameron and Hidalgo counties?” he asked. “We at TxDOT are taking the lead on FM 1925. FM 1925 also known as Monte Cristo Road, its north of Edinburg and it currently has a terminus at FM 491.

“As we move forward, Cameron County RMA has identified the second access, General Brant Road, which is a project that we’re constructing today, the other parkway which would interconnect” on or near FM 1925, he said.

“Our goal is to be able to interconnect the Island, north Cameron County and northern Harlingen to northern Hidalgo,” Alvarez said.

Several of the projects in TxDOT’s long-range plans are, like State Highway 550 to the Port of Brownsville, toll roads.

The advantage of designating certain highways as for-profit roadways is the inflow of private funding which arrives to dramatically speed construction time.

But toll roads also bring high levels of grumbling from Texas voters, and Alvarez admits the toll road concept is currently in disrepute among state leaders and transportation officials in Austin.

“There have been political maneuvers to stop toll roads in the state of Texas,” he said. “The TxDOT Commission has taken the stance to hold off on toll roads unless you were environmentally cleared by 2014 or before … Right now there is a stop, and we cannot proceed with toll roads.”

In Cameron County, the State Highway 550 project which is under way will extend the toll road from FM 1847 to FM 3248 at a cost of $15 million. Also listed in the toll category is the West Parkway project from the B&M Bridge to I-69E ($160 million).

“We don’t know what direction our state legislature is going to take as it pertains to toll roads,” Alvarez said.

While Alvarez says he is neutral when it comes to the possibility of merging the Hidalgo County Metropolitan Planning Organization with the Harlingen-San Benito and Brownsville MPOs, it seems clear TxDOT officials in Austin are pushing such a consolidation.

Such a mega-MPO would rival those of the state’s biggest cities by combining the three smaller MPOS already in place into a Valley-wide transportation agency representing the requisite 1 million population.

While TxDOT officials in Austin have dangled the prospect that millions of dollars in additional highway funding would become available, there are no guarantees Brownsville, Harlingen, San Benito or Combes or Los Fresnos, would receive as much project funding as they do today.

Control of such a mega-MPO also is an issue. While the Hidalgo MPO has publicly voiced support for a merger, some Cameron County officials have pointed out that any allocation of seats in a Valley-wide MPO by population would greatly favor Hidalgo County, potentially at their expense.

Unless a charter is created that alleviates those fears, so they say, it will be difficult to engage with Hidalgo County’s MPO. As of now, just such a charter is being negotiated in executive session meetings, officials say.

“When you look at the needs of the Valley, we are married, at the hip as they say, Cameron and Hidalgo County,” Alvarez said. “Although there have been some political situations over the years, I’ll just leave it at that, we talk about being fairly equitable.