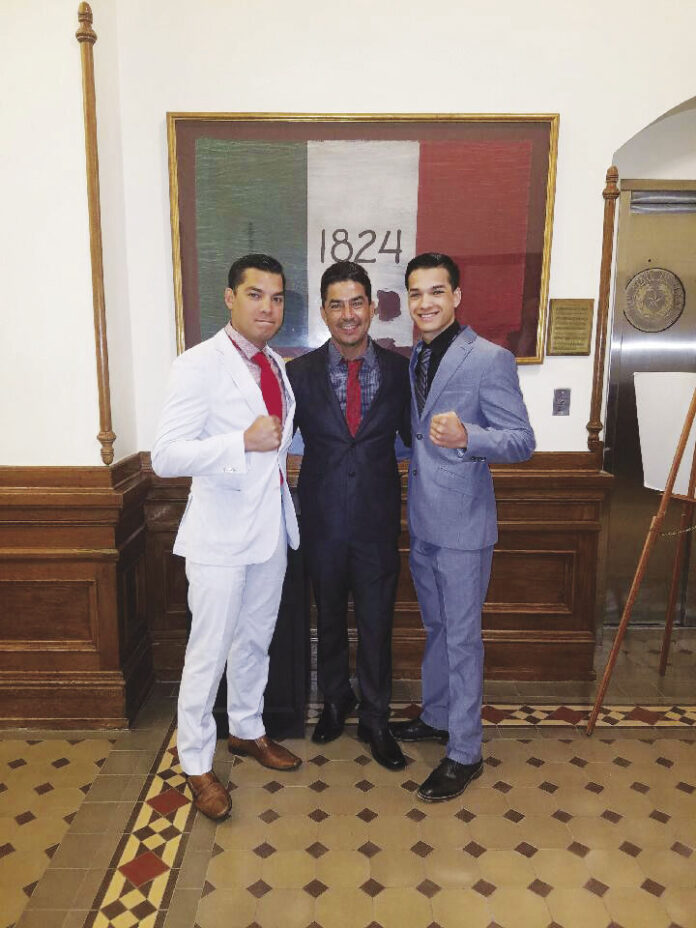 In the weeks following their victories at Nassau Coliseum in Uniondale, New York, the brothers have been recognized by the City of Weslaco, Hidalgo County and at the State Capitol in Austin. Also, they were featured guests at the boxing competition during last month’s Games of Texas in McAllen.

“I’m super proud of my sons, and I say it will all my heart,” said Omar Figueroa Sr., father of the brothers and manager of their boxing careers. “I thank God for giving me these two great world-class warriors.”

“Panterita” is the former WBC world lightweight champion at 135 pounds who is now pursuing another world title at 140 pounds. He fought July 15 at 147 pounds.

In the main event of the Premier Boxing Champions show televised by Fox Sports, Fox Sports 1 and Fox Deportes, Omar Jr. (27-0-1, 19 knockouts) knocked down Californian Robert Guerrero (33-6-1, 18 KOs) five times before winning on a technical knockout at the 1:31 mark of the third round.

It had been nearly 19 months since “Panterita’s” last fight and he displayed little or no ring rust in winning decisively and prompting Guerrero to opt for retirement a few days later.

Omar Jr. entered the fight with a lot of confidence, saying before the bout, “I’m glad I’m back. I never planned to retire (during my extended break to recuperate from injuries) and I knew I’d be back eventually. I’m just glad I took some time off. I feel a lot better physically and mentally, so we should be seeing one of the best Omars that we’ve seen (in the ring against Guerrero).

“I think this fight has the makings of being a really memorable one.”

As it turned out, “Panterita’s” pre-fight comments were right on the money.

Brandon has spent some time recuperating from injuries recently as well.

Now the question is when will the brothers fight again?

Their father said, if possible, they hope to return to the ring before the end of the year.

The main-event bout along with eight other fights on the card is taking place at Gimnasio Nuevo Leon Unido and is presented by Box Azteca.

Garcia is coming off an eight-round unanimous decision victory May 13 in Cancun, Mexico. It was “Amenaza’s” 12th win in a row.