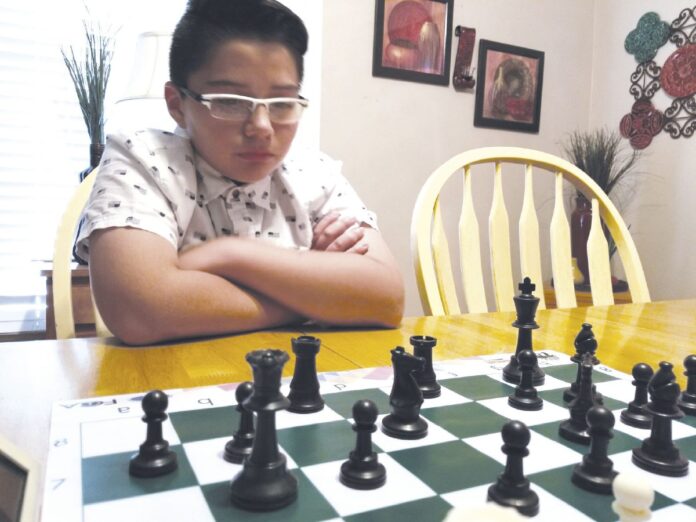 HARLINGEN — “Jaque,” Michael Casas says when he corners his opponent’s king on the chess board.

It’s the Spanish call for check in the game of chess.

After all, the U.S. Chess Federation ranks him 72nd in his age group.

He recently returned home after participating in the Pan American Youth Championship chess tournament held in Costa Rica. It was an event that drew opponents from around the world.

Chess players from 25 countries totaling 57 players took on the challenge, to capture each other’s king.

Michael tied for seventh-place and ended in ninth-place in the overall competition he said.

“It was hard to play people from other countries,” he said. “Everyone was nervous.”

Most of his opponents were not nervous to take on Michael, who started the tournament with a zero rating.

But that changed as Michael began winning match after match, intriguing his opponents so much they had to Google him to find out more about his skills and who he was in the chess world.

And by the end of the tournament, Michael ended the competition as the third best player representing the USA.

“It was pretty interesting to see the nationalism of all the players wearing and carrying their flags,” he said.

He took on players from Peru, Costa Rica, USA, Canada, Russia and Jamaica.

He played nine rounds and each round lasted nearly six hours.

“The competition was very, very strong,” Michael said. “It was an awesome adventure and the culture was very different.”

“The tournament was a lot of fun,” he said.

After the tournament, he traveled to Cuba to train with one of the country’s chess grand masters.

And for a week straight he met with his teacher by 8 a.m. and finished practicing at 5 p.m.

He also competed with children who had made their own chess boards.

He said the visit to Cuba opened his eyes about the game of chess and how people live outside of the United States.

“The people that I met in Cuba were very nice and very good at chess,” Michael said. “The Cuban players were disciplined and aggressive and wanted to attack on their every move.”

He stayed in Havana the first few nights. “It felt like I was back in time,” he said. “There were classic cars and classic homes and everyone walked where they needed to go.

“It was an awesome experience,” he said.