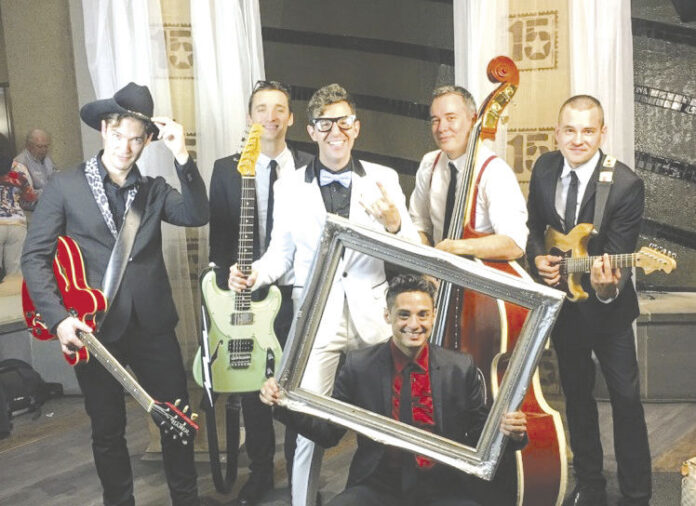 NASHVILLE, Tennessee — Five Harlingen Concert Association (HCA) board members recently returned from Nashville, where they were participating in the 2017 “Live on Stage” National Conference.

At the heart of this conference are Artist Showcases, where professional musicians and entertainers audition for bookings in small and mid-size communities throughout the United States.

Among those on the “Live on Stage” roster are pop, country, classical, and jazz musicians from throughout the United States, as well as instrumentalists, vocalists, and dancers from Canada, Great Britain, Russia, and Cuba.

HCA President Bonnie Brown and board members Lois Day, Grace Johnson, Cheryl LaBerge, and Julie Ng-Castillo were impressed by the variety and quality of the performances.

“Irish tenor Ronan Tynan had us in tears, he was so amazing,” said Brown. “Of all the artists presented, we were most impressed with the a cappella group, Cadence, and innovative groups like Vocal Trash, who were so high-energy, sort of like Stomp!”

The HCA volunteers also had an opportunity to visit with Rob Verdi of The Side Street Strutters Jazz Band and others already scheduled to perform in Harlingen during the upcoming 2017-18 concert season.

For many years, HCA has partnered with Live on Stage, Inc. to bring outstanding live performances to Harlingen.

Beginning this fall, all HCA performances will once again be at the Harlingen Municipal Auditorium, where new seating and an upgraded sound system will allow audiences to have an intimate, close-up perspective on each performance.