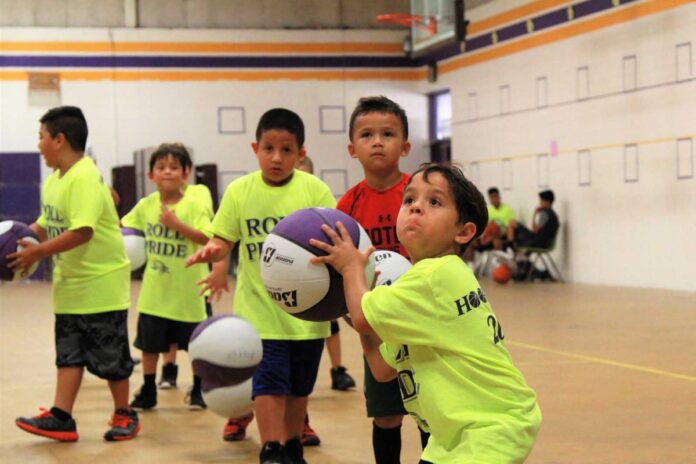 This year, much to Abrego’s delight, campenrollment rose to 75 participants after dropping to 15-year low last year.

Nevertheless, Abrego was happy to keep the camp alive.

“This is our 15th year doing this camp and we’ve just kept it going, and the community expects it already,” said Abrego. “It started with then-coach Roy Garcia 15 years ago and we’ve kept it going because our main thing is getting exposure for the program.

The campbegan Monday and ran through Thursday, but this year was the first time the camp had been held in the afternoon. The camp had been traditionally held in from 8-11 a.m. and 1-4 p.m. However, this year due to other educational camps being held at similar time slots, Abrego decided to move the camp to an afternoon time.

“The feedback has been good,” said Abrego in reference to the new time slot. “We still conflict with a few other camps, but we’ve had a better turnout this year. The campnumbers have fluctuated because normally we’re used to getting between 80-100 kids.

“Last year we didn’t have a good turnout because we only had 40 kids and the biggest year we’ve had was around 130. We are a non-profit camp, we do charge, but it is just to sustain the camp.”