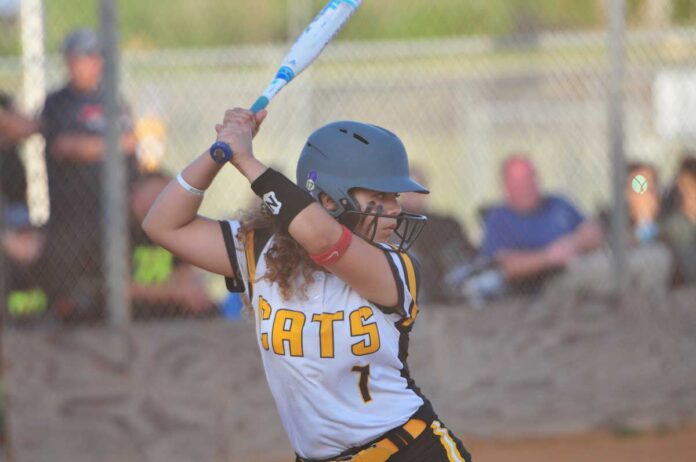 RIO HONDO — The Rio Hondo Lady Bobcats are no stranger to the state softball playoffs.

However, their postseason runs have not been all that impressive as they’ve been eliminated in the opening round the past two straight seasons.

The Lady Cats will look to remedy that tonight when they travel to Alice for a one-game playoff against Rockport-Fulton in a Class 4A bi-district round game. First pitch is set for 7:30 p.m. at Alice High School.

Rio Hondo enters the playoffs as District 32-4A champions and is ranked 8th in some state polls.

The Lady Cats are familiar with Alice High School as they have game experience there and have found success there as well. Hitting the road is not an issue either since the team travels frequently during the course of the league season.

“We like Alice. It’s a beautiful facility and we enjoy playing there,” said Rio Hondo coach Brett Esparza. “The wind is due north there so it will favor our hitters. It’s always tough to play here at home because the wind always blows in. However, we have had success over there and we’re ready to roll.”

Rio Hondo will enter tonight’s contest well rested and focused. Its lineup has caused fits for opposing pitchers with Tianna Sandoval and Abbie Alvarado providing a 1-2 punch at the top of the order with a combined 76 hits.

On the mound tonight, the Lady Bobcats will turn to either Miranda Martinez, Annie Alvarado or Jennifer Flores.

“It’s been a good week for us,” said Esparza. “Everyone got some rest with the time we have had off. It’s kind of tough to go through a season playing Tuesday and Friday every week, and then have time off. Although I think our kids have responded well. We didn’t push it too hard early in the week, but Wednesday we had a great practice. Yesterday we went over a few things, took some ground balls and hit a little bit.”

Rockport-Fulton comes in at 9-5 and was the four seed out of District 31-4A.

It’s been three years since Rio Hondo last hoisted a bi-district title and the seniors on the club now were sophomores then. In 2014, the Lady Cats advanced all the way to the regional quarterfinals before losing to Kingsville King in a one-game playoff.

“The kids know what they want and I know they are ready for it,” said Esparza. “I think the last practice is the one you remember and we’re hoping all of the good vibes and momentum will carry over to our game.”