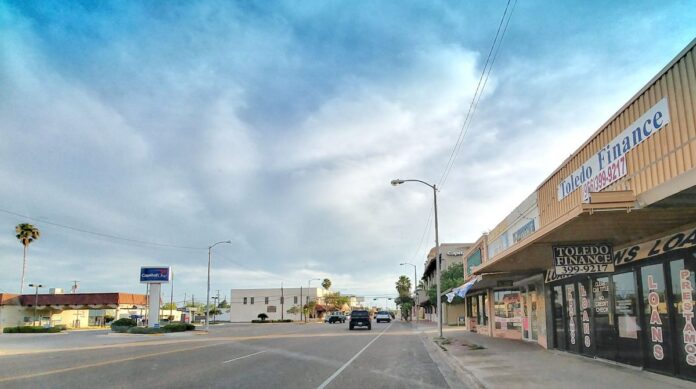 Now, Bernard Rodriguez is ready to take on the job of revitalizing the city’s downtown.

The city has hired Rodriguez as its downtown coordinator, charging him with duties including bringing in new businesses to help fill the downtown’s storefronts.

“I’m going to hit the streets and promote the city,” Rodriguez said yesterday after about two weeks on the job.

“They’re beautiful historic buildings with unique designs. They’re empty but we hope to fill them.”

Rodriguez has served as Weslaco’s planning director and downtown manager, helping spearhead a revitalization project that led to the renovation of the Cortez Hotel.

In 1999, the Texas Main Street Program named Rodriguez its New Manager of the Year.

“The commitment that was there is here in San Benito,” Rodriguez said, comparing the downtowns in San Benito and Weslaco.

Rodriguez said the city is launching a program to help businesses spruce up their storefronts.

As part of the program, he said, the city will earmark $10,000 per storefront for qualifying businesses spending $10,000 or more in renovating their shops’ facades.

“We are committed to invest in the business community and the entrepreneurial spirit to remove barriers to growth, drive up revenue and increase employment opportunities for all citizens of San Benito and the region,” Rodriguez said in a written statement.

Rodriguez said he plans to take an inventory of storefronts available for sale or rent.

“We want to make contact with the owners to try to make development or façade improvements,” he said.

Rodriguez described the downtown’s buildings as “gems” dating to the city’s heyday as the commercial hub of northern Cameron County.

“They’re beautiful historic buildings with unique designs,” he said. “They’re empty but we hope to fill them.”

Rodriguez said he is prepared to take on the challenge of revitalizing the city’s downtown.

“As in any downtown in the state of Texas, (it has) experienced a decline in business activity,” Rodriguez said in an interview. “That didn’t happen overnight and revitalization will not happen overnight. We are committed to take steps forward in a proactive manner to create development and growth.”

Rodriguez said he plans to work with businesses, the San Benito Chamber of Commerce and the San Benito Rotary Club to organize the revitalization drive.

“Obviously, the business community, business owners, property owners and the city will be challenged to create development,” Rodriguez said. “We look forward to doing our part to facilitate that development.”

Rodriguez said he wants to help find a “niche” that will help drive the downtown’s revitalization.

“We have to find our niche to attract people to downtown, whether it’s service, tourism, museums,” Rodriguez said.

He said he plans to promote the city’s resaca as part of a beautification drive.

“We have a beautiful resaca,” he said. “We want to continue to enhance that. We want to take advantage of our natural resources.”

Rodriguez holds a bachelor’s degree in political science and government from the University of Texas-Pan American.

– Bachelor’s degree in political science and government from UTPA