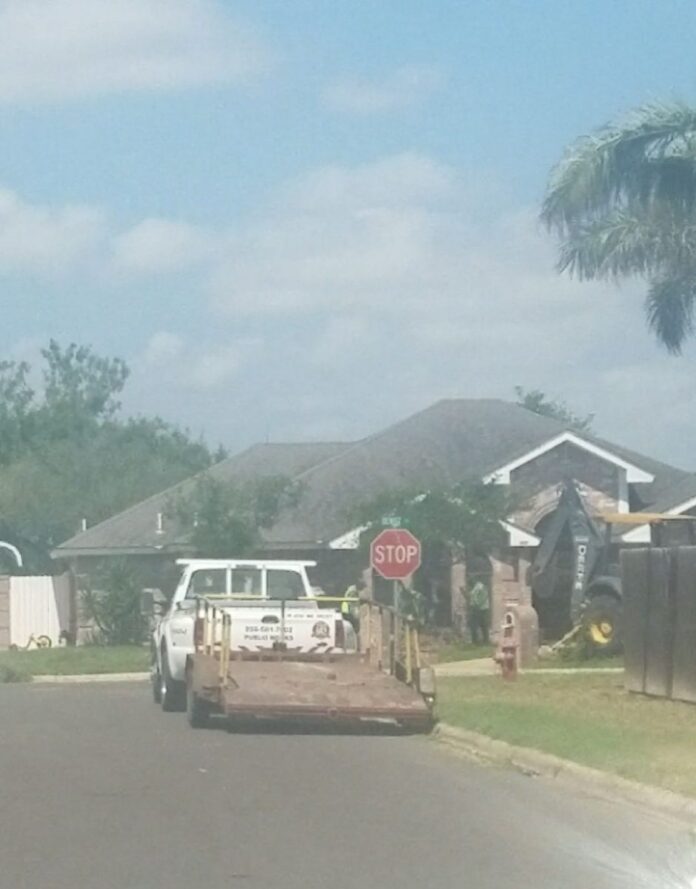 LA JOYA – Photos of the city’s public works department doing work on Mayor Jose “Fito” Salinas’ private property raised suspicions of impropriety but the mayor insists it was all legitimate.

“Public works was not working on my property,” Salinas said. “I rented a backhoe from the city which we do for everybody.”

He said he paid a city worker and hired two other people to plant a couple of trees onto his property in order to save them from being thrown out.

The trees were originally on property behind city hall where an emergency room will be constructed. The property owner gave the city until Monday to remove the trees or else they would be destroyed.

But City Administrator Mike Analiz said he took full responsibility. He said he asked the mayor if he wanted a few of the trees and Salinas accepted.

“If anything I take full responsibility because I was trying to do a good thing,” he said.

Alaniz said the city does rent out the equipment to help out the community and keep the city clean.

However, he said the city does not have policies or procedures in place.

“After this type of circumstance, I suppose I have to,” he said. “I do agree a better policy in place is to allow the opportunity to anyone.”

The neighboring cities of Peñitas and Sullivan City do not have policies in place under which their public works department would do work on private property.

Palmview, on the other hand, will go into private areas such as lots that need to be cleaned up but the city then bills the property owners, according to City Manager Ramon Segovia.

Salinas said their equipment is often used to help residents but assured that they did have to pay for those services.

“We’ve done a lot of work with our equipment because that’s the way we believe in, that we should help our community.”