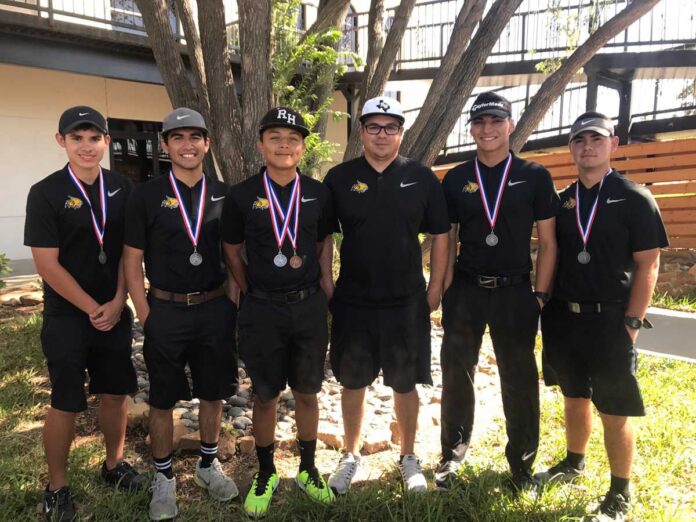 RIO HONDO — Rio Hondo’s boys golf team is heading back to the regional tournament for the first time since 2014.

The Bobcats will hit the road for Corpus Christi today with the tourney commencing Monday and Tuesday at Lozano Golf Course.

The team of five includes a pair of seniors in John Salinas and Javier Guzman, sophomore Cross Gonzalez, junior Daniel Saenz and freshman Alonzo Alaniz. Salinas is the only member to have advanced to the regional meet during his freshman campaign.

“Our boys have done a great job all season,” said Rio Hondo coach Andy Alvarez. “After falling short last season, the boys came together and vowed to work extra hard. Everyday they’re on the course at every chance they get. They will be out on the course working on their game.”

The team’s hard work paid off in the District 32-4A tournament when the Cats placed second to advance to the regionals.

The Bobcats will travel to Corpus later today and will have a practice session at the course to grasp an idea on what they will be facing.

“Based on the scores from last season, it’s going to be tough, but I feel my team has a good shot,” said Alvarez. “If we can have a good opening round, it would boost their confidence heading into the second day. John has played on the course before and last year he went to support his teammate, but the course does present its own challenges. There are a couple of tough holes.”