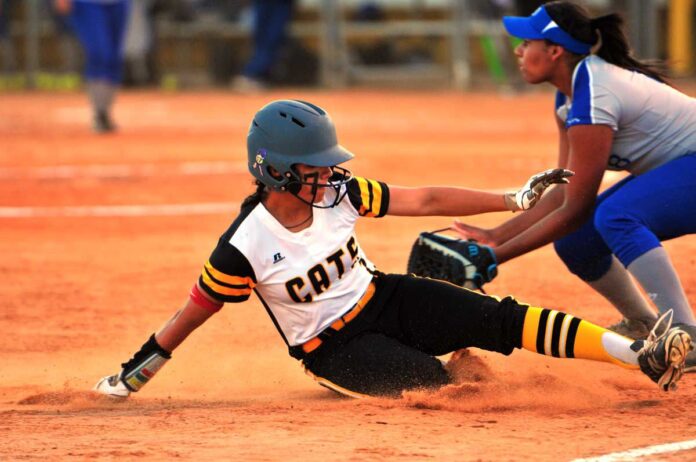 RIO HONDO — After going hitless for 3 1/3 innings, Rio Hondo’s bats would be silent no more as an eight-run sixth inning turned the tide for the Lady Bobcats in an 11-2 win against Port Isabel Friday night in Rio Hondo.

The Lady Cats capped off the regular season at 13-1 in District 32-4A and will now shift their focus to the playoffs where they’ll square off against Rockport-Fulton in a one-game bi-district affair next Friday April at Alice High School.

“Were excited to be back in the playoffs,” said Rio Hondo coach Brett Esparza. “Rockport-Fulton is a tough team, but our kids are ready for the challenge. Traveling to Alice doesn’t bother us; we’re used to the traveling for district play.

“It’s a one-game series so we will go out there and fire our best shot, and hope for the best. We will be the home team and we like playing in Alice. We will have all of our weapons and we will be ready, and we’ll expect to have a home atmosphere when we head up there.”

Rio Hondo battled back in the bottom of the fourth inning as Alexa Castellanos broke up an early bid for a no hitter from Port Isabel starter Christa Valdez.

The Lady Bobcats followed up with back-to-back RBI singles off the bats of Bianca Cruz and Jennifer Flores, giving them a slim 2-1 lead. However, Port Isabel tied the score at 2 in the top of the fifth inning with a run that was scored off on an errant throw.

Flores pitched a complete game for the Lady Bobcats, allowing only four hits and two runs (one earned), while whiffing five batters.

Rio Hondo’s monster inning got started on four straight RBI base knocks that extended their lead comfortably at 6-2. The Lady Bobcats plated eight runs on nine hits in the frame and finished the night with 13 hits.

Cruz went 3 for 4 at the plate with three RBIs and two runs scored, Tianna Sandoval, meanwhile, went 2 for 4 with a pair of RBIs and a run scored.

“It’s always tough to play here especially with the wind; it’s the same at Port Isabel. The wind is always a factor. We knew tonight would be tough since Port Isabel was playing for a playoff spot. We expect the same next week; it’s a win or go home game.” said Esparza.

The Lady Tarpons came out swinging after a pair of base hits in the first inning and took a 1-0 lead into the fourth inning. Charisma Valdez went 1 for 2 at the plate with one walk and also scored both runs for Port Isabel.